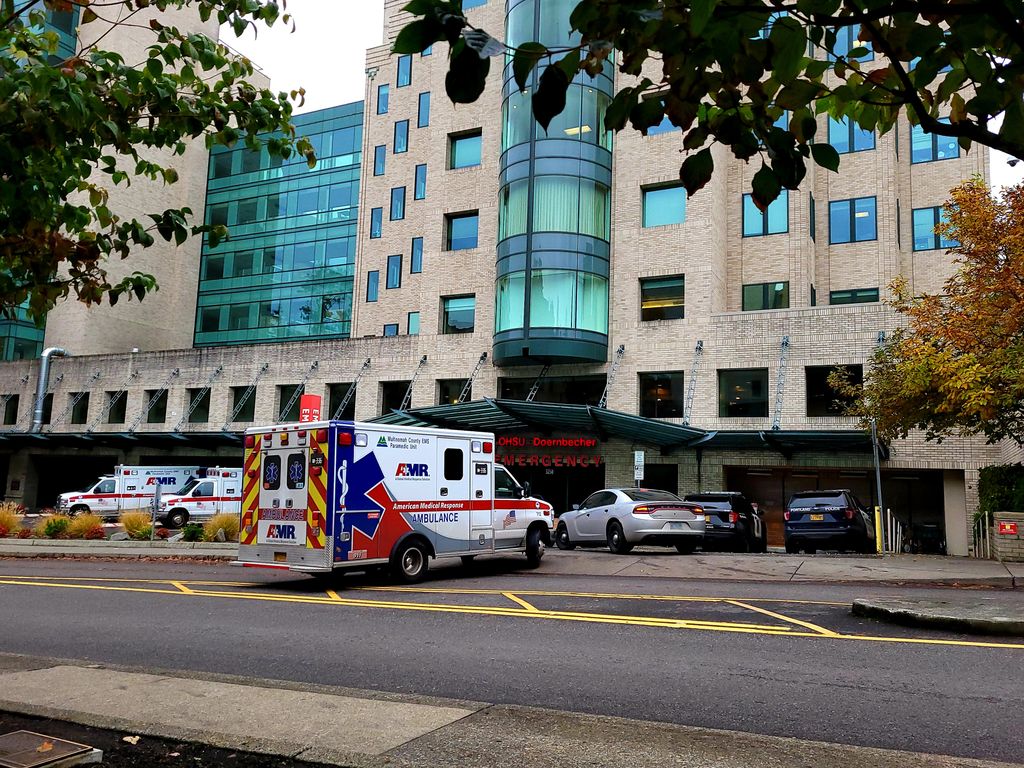 The number of Oregonians hospitalized with COVID-19 should continue its slow descent over the next two months, but an updated forecast from Oregon Health & Science University shows it will remain stubbornly high for the next several weeks.

A total of 518 people statewide remained hospitalized for COVID-19 as of Thursday, Oct. 28, according to the latest figures provided by the Oregon Health Authority, down from the peak of 1,178 people hospitalized on Sept. 1.

The forecast incorporates data indicating Oregonians are returning more frequently to higher-risk behaviors, such as gathering in large groups indoors. On the other hand, masking rates are roughly 82%, according to surveys.

“Masking rates remain high and may mitigate other signs of fatigue,” Graven said.

The projection shows that hospitalizations won’t fall to 400 until around Thanksgiving, roughly the same as Graven’s forecast update a week ago. The forecast estimates that roughly 23% of Oregonians remain vulnerable to infection, meaning they haven’t developed immunity through vaccination or recent infections. That figure includes children, including those younger than 12 who aren’t yet eligible to be vaccinated.

Even though the disease tends to result in fewer severe illnesses and deaths among children – as of this week, Oregon only had seven children 18 or younger hospitalized statewide – Graven said authorizing vaccination among children 5 to 11 years of age could make a difference in improving Oregon’s overall outlook by reducing transmission of the virus.