Oregonians are tiring of measures to prevent the spread of the highly contagious delta variant
By Erik Robinson October 21, 2021 Portland, Oregon 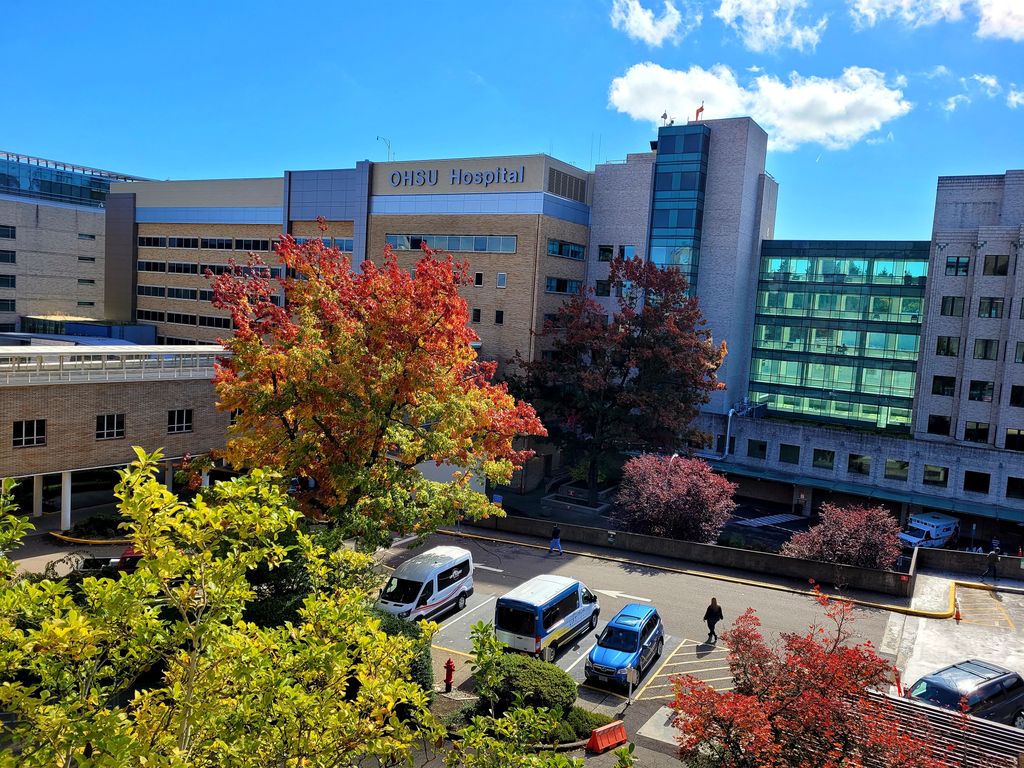 The overall decline in hospitalizations is slowing due to Oregonians tiring of efforts to prevent the spread of the SARS-CoV-2 virus, according to the latest statewide COVID-19 forecast from OHSU. (OHSU/Christine Torres Hicks)

Statewide hospitalizations won’t fall to below 400 until around Thanksgiving, as Oregonians tire of measures to prevent the spread of COVID-19, according to the latest updated forecast from Oregon Health & Science University.

The latest forecast incorporates data revealing that people are returning more frequently to higher risk behaviors such as gathering in large groups indoors. Those types of higher-risk behaviors appear to be at or near levels that haven’t been seen since before the surge of infections from the highly contagious delta variant began sweeping through Oregon in the summer.

“Fatigue is setting in,” said Peter Graven, Ph.D., director of the OHSU Office of Advanced Analytics. “The overall masking rate is staying high, but other behaviors are back to pre-surge levels and that is going to generate more infections. We’re still on a downward path in terms of hospitalizations, but it’s not going to decline as fast.”

“Unvaccinated people are much more likely to report not wearing a mask at all, which may be their only defense against a highly contagious virus,” Graven said.

A total of 567 people statewide remained hospitalized for COVID-19 as of Thursday, Oct. 21, according to the latest figures provided by the Oregon Health Authority, down from the peak of 1,178 people hospitalized on Sept. 1. Pockets of hot spots remain around the state, including the region encompassing Bend and Klamath Falls, with slower declines in hospitalizations compared with the rest of the state on a per-capita basis.

Graven reduced the forecast’s presumed rate of vaccine efficacy from 95% to 90% based on published estimates, which leaves a total of 24% of Oregon’s population susceptible to infection.

The overall decline in hospitalizations is slowing due to Oregonians tiring of efforts to prevent the spread of the SARS-CoV-2 virus, according to the latest statewide COVID-19 forecast from OHSU. (OHSU/Christine Torres Hicks)