Scientists key in on brain’s mechanism for singing, learning 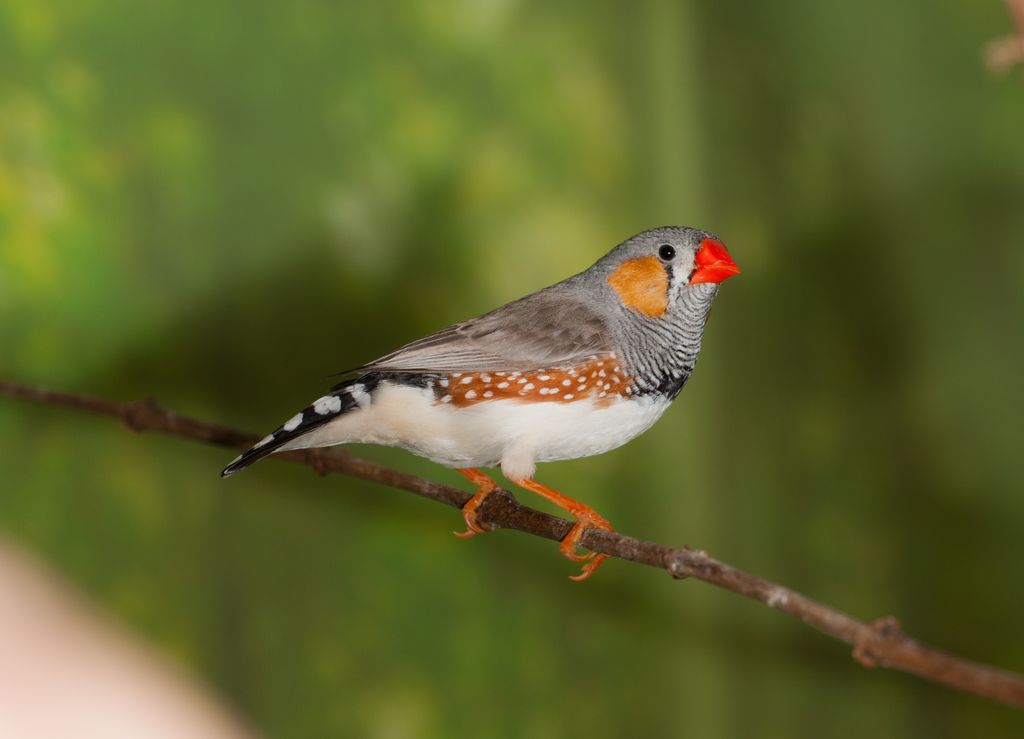 The male zebra-finch has been the animal model for OHSU researchers who are observing how the brain devlops and when stages of fine motor skills begin. (Getty Images)

New research reveals that specialized cells within neural circuitry that triggers complex learning in songbirds bears a striking resemblance to a type of neural cell associated with the development of fine motor skills in the cortex of the human brain.

The study by scientists at Oregon Health & Science University published today in the journal Nature Communications.

“These are the properties you need if you want to have a male song that’s precise and distinct so the female can choose which bird she wants to mate with,” said co-senior author Henrique von Gersdorff, Ph.D., senior scientist the OHSU Vollum Institute. “You need a highly specialized brain to produce this.”

Benjamin Zemel, Ph.D., a postdoctoral fellow at OHSU, is lead author and conducted most of the challenging electrophysiology work involved in using thin brain slices and single cell recording.

The study reveals that a particular group of neurons express a set of genes that modulate sodium ion channel proteins. These ion channels generate electrical signals used for communication between cells in the nervous system. In this case, the assemblage enables neurons to fire repetitive spikes – known as action potentials – at extremely high speeds and frequencies as the bird sings.

The study describes “ultrafast spikes” that only last 0.2 milliseconds – compared with most action potential spikes that last a millisecond or more. A millisecond is itself mind-bendingly fast, a thousandth of a second.

Further, the findings suggest new avenues for understanding the mechanism in various aspects of human behavior and development that involves fine motor control.

Among the largest known brain cells in humans, Betz cells have long and thick axons that can propagate spikes at very high velocities and frequencies. As such, they are thought to be important for fine motor skills involving hands, feet, fingers and wrists.

“Think of a piano player,” said co-senior author Claudio Mello, M.D., Ph.D., professor of behavioral neuroscience in the OHSU School of Medicine. “They’re thinking so fast, they have to rely on memories and actions that are learned and stored. Playing the guitar is the same thing.”

The study published today is a result of an informal conversation that initially occurred over lunch in the Mackenzie Hall Café on OHSU’s Marquam Hill campus.

Mello, a behavioral neuroscientist who has relied on the zebra finch as an animal model, has known Von Gersdorff socially for 20 years. Over lunch one day in the cafeteria, Mello popped open his laptop and showed a brain image of a young male zebra finch at an age just before he could sing, followed by a second image revealing a telltale subunit of proteins that had materialized after the bird was old enough to begin singing.

“Something remarkable was happening in a period of just a few days,” said von Gersdorff, an expert in electrophysiology and the biophysics of neurons. “I said, this is exactly the protein we’ve been studying in the rodent auditory system. It promotes high frequency spiking.”

“This is a very important model, and we think this new study has broad potential,” he said.

The fact that these same motor circuit properties are shared by species that diverged more than 300 million years ago speaks to the strength of the discovery, von Gersdorff and Mello said. Researchers say the neuronal properties they discovered in the male zebra finch may become optimized for speed and precision through convergent evolution.

It also suggests mechanisms that may be involved when the connection goes awry. Von Gersdorff said it’s possible that some gene mutations affecting these Betz cells may cause relatively mild effects such as stuttering, which can be overcome by learning, whereas other mutations could have more pronounced effects, such as those involved in progressive disorders such as amyotrophic lateral sclerosis, or ALS.

Previous Story Nov. 18 forecast: Oregon remains in a precarious position Next Story ‘The surgeon is the method’

‘Why do birds sing?’