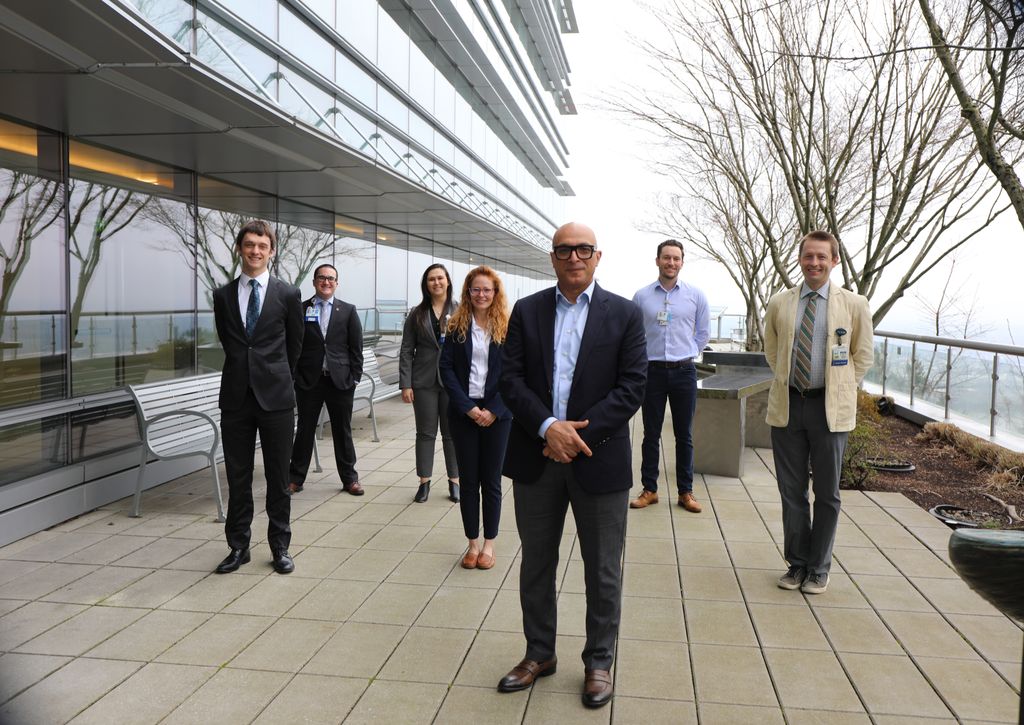 The human brain is in a constant state of motion, responding to external stimuli as well as those produced internally, such as the heart sending blood pulsing through it. Recording the brain’s activity with high resolution is fundamental to advancing our understanding of brain circuitry, function and disease or injury.

A team of researchers at Oregon Health & Science University and UC San Diego has demonstrated the ability of a new sensor array to record electrical signals directly from the surface of the human brain in previously unseen detail. Currently, grids of electrocorticography (ECoG) sensors most commonly used in surgeries have between 16 and 64 sensors. Data published in Science Translational Medicine Jan. 19, 2022, demonstrated the reliability of grids with 1,024 or 2,048 sensors.

“A higher resolution improves our ability to conduct surgery with greater precision,” said Ahmed Raslan, M.D., associate professor of neurological surgery in the OHSU School of Medicine. “The goal is always to remove as much of a tumor or lesion as possible, while not damaging nearby tissue.”

The research team, comprising engineers and physician-scientists developed reconfigurable and scalable thin-film recording grids using platinum nanorods, called PtNRGrids, that can record with submillimeter resolution in the rat brain cortex. In humans, the flexibility of PtNRGrids provided high-resolution recordings of large and curved areas of the brain’s surface, as well as complex activities, including an awake patient performing grasping tasks.

The human surgeries were performed at the OHSU Hospital by Raslan, who developed a testing paradigm for the device and developed pipelines for implementation of the technology in humans.

“Using the technology in the operating room, our team was able to define the part of the brain that corresponds to finger movement,” said Raslan. “We were also able to identify the spread and dynamics of epileptic discharges in a patient during epilepsy surgery — at a spatial resolution we wouldn’t have previously imagined”

These findings demonstrate how PtNRGrids may transform clinical mapping and research with brain-machine interfaces, opening up new understandings of the brain and how it functions.