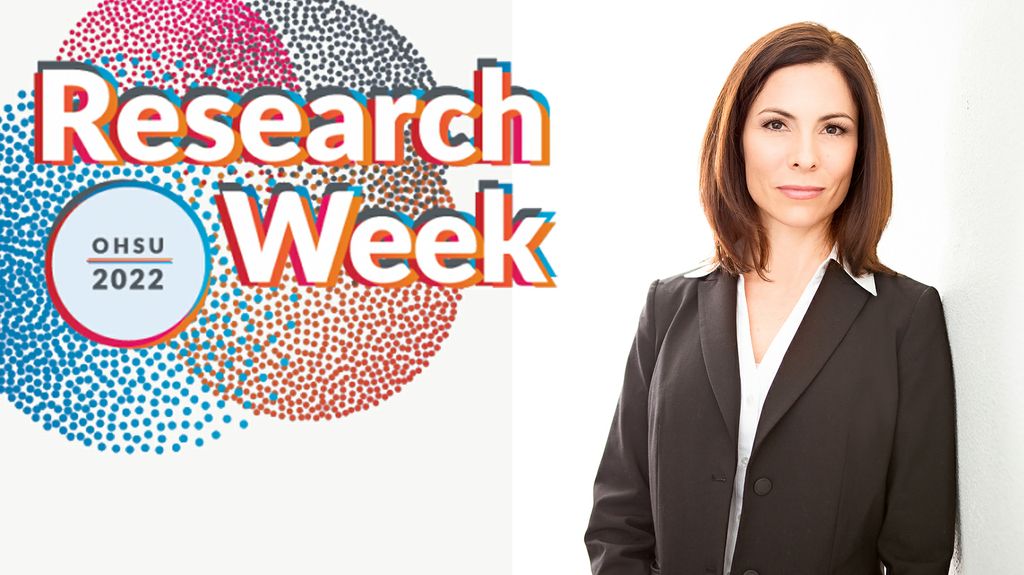 Gun violence is a public health crisis, and Kathleen Carlson, Ph.D., is making it her life work to improve injury prevention and injury control. (OHSU)

Growing up in rural Oregon, Kathleen Carlson, Ph.D., was never uncomfortable with guns. “I was told to not touch my family’s guns, and I didn’t,” she said.

Later, Carlson was told not to touch gun violence research. She didn’t, more or less.

“Federal funding for gun violence prevention research was effectively frozen by the Dickey Amendment in 1996,” Carlson said. “Until very recently, in public health, we lowered our voices when saying ‘firearm’ or ‘gun’ — researchers with federal funding were threatened with the loss of their entire research programs.”

But after witnessing both national and personal tragedy caused by gun violence, Carlson turned her attention to the forbidden topic and has been at the leading edge of addressing gun violence as a public health issue.

An injury epidemiologist in the Oregon Health & Science University-Portland State University School of Public Health, and a core investigator with the Health Services Research Center of Excellence at the VA Portland Health Care System, Carlson’s research has examined the range of injury prevention and injury control — intentional and unintentional. She leads research on opioid and other medication-related injuries, short- and long-term functional outcomes of veterans’ traumatic brain injuries, and firearm-related injuries.

“I root for the underdog,” Carlson said. “My family always said I was the bleeding heart,” she laughs.

Gun violence is a public health crisis. In 2020, the CDC reported 45,222 gun deaths — the most ever recorded — and an increase by more than a third in gun homicides. On average, 124 individuals died from gun violence every day, up from 109 in 2019.

“We know that gun violence differs across populations,” Carlson said. “As with so many public health issues, it affects the most vulnerable populations disproportionately.”

Carlson and her family have experienced that human side of gun death. In 2013, five months after the mass shooting that killed 20 children and six adults at Sandy Hook Elementary School in Newtown, Connecticut, Carlson lost her grandfather, a World War II combat veteran, to firearm suicide.

At the same time that the nation was grieving the losses of the latest mass shooting, Carlson was trying to understand her own and her family’s relationship with firearms.

“I realized I had the unique combination of academic training and personal experience to submit a proposal to the first federally funded gun violence research since the 1990s,” she said. “I got it.”

The grant was veteran-centered, and linked VA data with data from the state health department to study patterns of gun injuries in veterans.

So in December 2020, when Congress authorized gun violence research funding for the first time since 1996, research in Carlson’s lab was well underway.

Then, in 2022, Carlson received an OHSU Faculty Excellence and Innovation Award to develop an OHSU Gun Violence Prevention Research Center. The goal: to be the go-to source for objective data in Oregon and regionally.

Carlson’s research is supported by her work as chair of the OHSU-PSU Gun Violence as a Public Health Issue Initiative, which brings together faculty, public health practitioners, health care professionals, students and community members invested in reducing gun violence, using the multifaceted lens of public health. And she is leading multiple studies addressing gun injury, from summarizing the gun-related injuries treated at OHSU and other trauma hospitals in Oregon, to examining VA-based programs that can prevent gun injuries and suicides among veterans.

“Mirroring my injury research as a whole, my gun violence prevention efforts consider how interventions in the health care setting can reduce risk, while also acknowledging and examining the broader socioeconomic factors that contribute to the inequitable burden of this ‘disease’ across our population,” Carlson said.

“Working with vulnerable communities is important to me,” said Carlson. “The key is to listen and to learn from their experiences and their expertise. We’re partnering with community organizations and asking questions like, ‘what kind of data would help you with your work?’” Often, her team is told it’s the context behind people’s injuries – the life stories – they need to document, not so much the numbers. “I think story telling is going to be an important component of solving this problem, both the healing and the prevention.”

The storytelling element is important to Carlson. Her team was recently funded to develop online modules of veterans describing their firearm injury experiences in their own words.

“These personal experiences are often lost in the gun control versus gun rights rhetoric,” Carlson said. Sharing these experiences can really help connect and unite people with different backgrounds and beliefs — like Carlson and the family and friends she grew up with.