Immunologist Mark Slifka notes that monkeypox is a cousin to smallpox, does not spread like COVID-19
By Erik Robinson May 26, 2022 Portland, Oregon 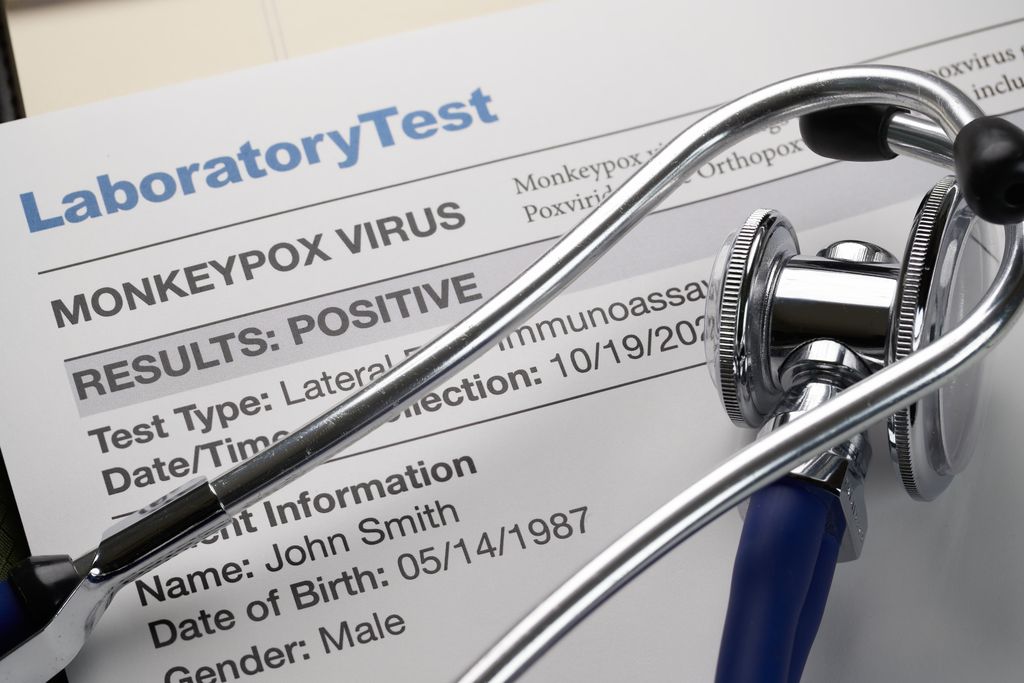 “It’s a close cousin to smallpox, but the good news is it doesn’t spread as easily as smallpox,” said Mark Slifka, Ph.D., professor of molecular microbiology and immunology in the OHSU School of Medicine and a senior scientist in the neuroscience division of OHSU’s Oregon National Primate Research Center. (Getty Images)

An immunologist at Oregon Health & Science University who has extensively studied the monkeypox virus says it’s important for people to take precautions with the current outbreak reported in Europe — but not to become unduly alarmed.

“It’s a close cousin to smallpox, but the good news is it doesn’t spread as easily as smallpox,” said Mark Slifka, Ph.D., professor of molecular microbiology and immunology in the OHSU School of Medicine and a senior scientist in the neuroscience division of OHSU’s Oregon National Primate Research Center.

Slifka encourages people to be aware of the symptoms and to take precautions.

The Centers for Disease Control and Prevention advises people to be aware of any unusual rashes or lesions, particularly men who report sex with other men and those who have close contact with them.

“Whenever there’s a lack of knowledge about a new infectious disease, it breeds concern — and that’s appropriate,” Slifka said. “However, with vaccines and modern medicine we have been dealing with these types of viruses for over 200 years. We had a monkeypox outbreak in the U.S. in 2003, and we were able to control it through quarantine of close contacts and offering people the smallpox vaccine in the form of ring vaccination.”

The concept relates to vaccinating household members and other close contacts to form a “ring” around people with confirmed cases.

Because the monkeypox virus doesn’t transmit as readily as other viruses — including the SARS-CoV-2 virus that sparked the current COVID-19 pandemic — Slifka says this outbreak will most likely be limited to close contacts. Provided people recognize the symptoms and quarantine appropriately, he expects the outbreak will burn out relatively quickly.

Even so, Slifka said the relatively high mortality rate of monkeypox — between 1% and 10% — means that it needs to be taken seriously.

Slifka and colleagues traveled to the epicenter of the 2003 outbreak in Wisconsin, where they took blood samples from people known to be exposed to the virus. Through painstaking outreach, they discovered that eight older adults who had been previously vaccinated against smallpox maintained full or partial protection against monkeypox, a closely related virus, decades later.

Slifka and colleagues found durable immunity up to 75 years after a single childhood smallpox vaccination.

Smallpox was officially eradicated worldwide in 1980, and the U.S. government still maintains an emergency stockpile of millions of doses. A newer, non-replicating vaccine with an excellent safety profile was approved in 2019 to prevent both smallpox and monkeypox.

In contrast to the SARS-CoV-2 virus, vaccination against monkeypox can be protective even after exposure.

“This is something that’s vastly different than COVID,” Slifka said. “Because the incubation period between exposure and disease onset is so long for smallpox and monkeypox, you can be vaccinated three to four days after your exposure and still be protected against severe disease.”

Mark Slifka, Ph.D., is a professor of molecular microbiology and immunology in Oregon Health & Science University's School of Medicine and a senior scientist in the neuroscience division of OHSU’s Oregon National Primate Research Center. (OHSU/Kristyna Wentz-Graff)