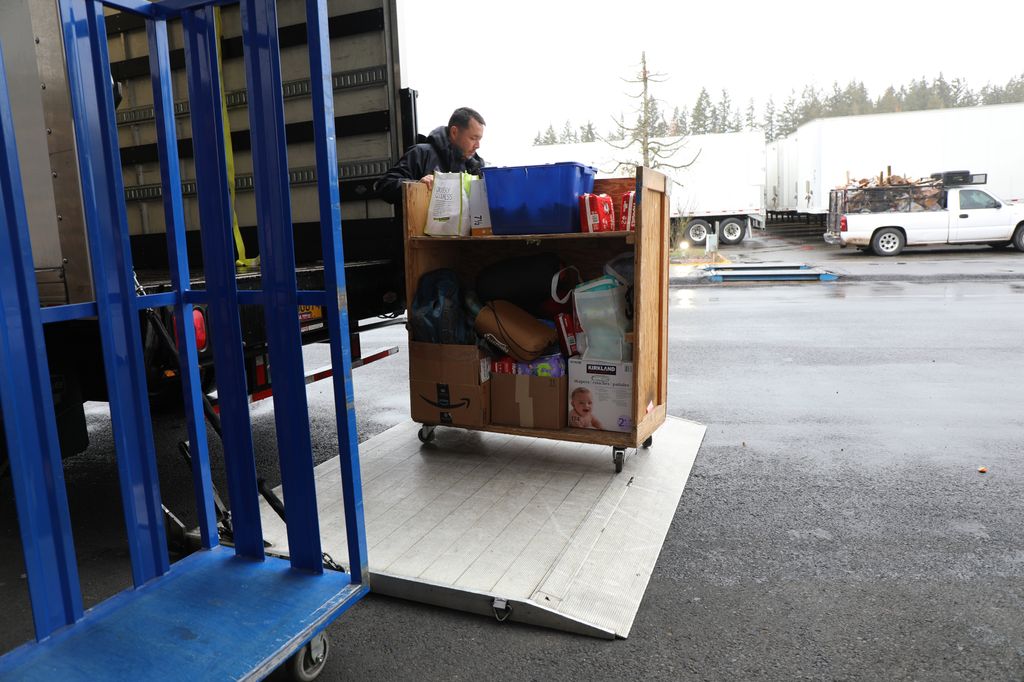 An ocean and a continent separate Oregon Health & Science University from Ukraine, but OHSU faculty and staff have stepped up to help the country besieged by war.

Since Russia invaded on Feb. 24, OHSU members have donated thousands of items, collected through OHSU Logistics and shipped off to Ukraine. Everything from backpacks and coats to flashlights and diapers have been delivered into the country through Poland. In addition, OHSU has so far provided 5,600 pounds of surplus medical supplies, including gloves, antiseptic wipes, face masks, slings and supplies for vacuum-assisted wound closure. OHSU continues to send surplus medical supplies through an organization supporting Ukraine.

Some current and former faculty and staff have gone even farther and put themselves directly in harm’s way to help Ukrainians whose lives have been brutally upended by the invasion.

As the bombs began to fall in Ukraine on Feb. 24, Stephen Donnelly, M.D., immediately started scanning the internet to figure out how he could help.

Donnelly, an assistant professor of emergency medicine in the OHSU School of Medicine, has practiced in the emergency department at Columbia Memorial Hospital in Astoria since 2018. While others voiced their support online or scratched out a check to humanitarian organizations, Donnelly wanted to provide hands-on support.

He reflected on his motivation shortly before departing for Ukraine on May 16.

“I saw it as a huge injustice — indiscriminate killing with no justification,” he said. “Both of my grandparents served in World War II, and I remember their stories as a kid. I also took an ethics course in medical school on medicine and Nazism. I remember one of the main themes — that some people didn’t stand up when they could have to make a difference.”

Donnelly wanted to make a difference.

He joined an organization called Austere Medical Relief Group, which has so far sent three waves of medical professionals to train Ukrainians in combat casualty care, deliver medical supplies and assist in medical evacuations. He traveled over the border from Romania and then headed to a location south of Kyiv — “not on the front lines, but nearer to the action than probably what my family’s comfortable with.”

Donnelly, 36, is well-positioned to serve, given his expertise as an emergency medicine specialist, along with previous experience providing care in austere environments, including Swaziland and Honduras. He’s grateful to his colleagues at Columbia Memorial, who have swapped shifts to provide the time for him to serve overseas.

In a conversation prior to his departure, he said the plight of Ukrainians weighs on his mind and heart.

Donnelly grew up Catholic in Ohio. As he prepared for his departure to the site of Europe’s worst conflict since World War II, he recalled the words from one of his favorite saints, St. Therese of Lisieux: “What matters in life are not great deeds, but great love.”

Ukrainians are fighting and dying in their homes, engendering a feeling of common humanity that prompted Donnelly to step forward.

“People need help, so I’m going to show up,” he said. “This is something that hit a chord with me. This is what I need to do.”

Until February of this year, Mila (Ludmila) Volyanyuk thought she had left her birth country of Ukraine in the past.

Then the missiles began falling, and Volyanyuk answered the call.

Volyanyuk, a former speech-language pathologist at OHSU, quickly began looking for opportunities where she could apply her medical training and previous experience as a search-and-rescue specialist in the U.S. Coast Guard. She soon connected with Aerial Recovery, a Nashville-based international aid organization focused on moving thousands of orphan children from the east of Ukraine to safer areas in the west.

By April 5, she was on her way to Ukraine.

She spent six weeks in the country with Aerial Recovery, moving children safely through a country under attack and transporting medical and essential supplies across the country.

She went back again on June 1 for an extended tour with the organization.

“My purpose there isn’t to fight Russia, but it’s to do everything I can with our team to help these children in Ukraine,” she said.

She is focused on helping thousands of Ukrainian children who have been displaced by Russia’s attack on the country. These children must now live in a war-torn, bombed-out, unstable country amid dwindling supplies, exhausted caregivers and makeshift bomb shelters.

Human trafficking is rampant in the country, she said.

“Trafficking of women and children is blatantly out in the open,” she said. “Nobody really knows who’s safe and who’s not, as people are desperately trying to get out of an area that’s compromised.”

Volyanyuk is committed to helping, but what stands out for her is the commitment of Ukrainians standing up for their country.

“It’s humbling to watch that there is such valor and such commitment to the country,” she said. “Literally, parents are giving their children to orphanages or boarding schools to safeguard their children while they go off to fight.”

“Just imagine dropping everything right now and trusting your government to take care of your most valuable belonging — your children — and going off to risk your life,” Volyanyuk said. “It’s not just men. It’s women, too, who are joining their husbands at the front.”

Former OHSU speech and language pathologist Mila Volyanyuk holds a Ukrainian child who had been evacuated to the western city of Lviv. (Courtesy of Volyanyuk)