A better roadmap for beating a deadly leukemia 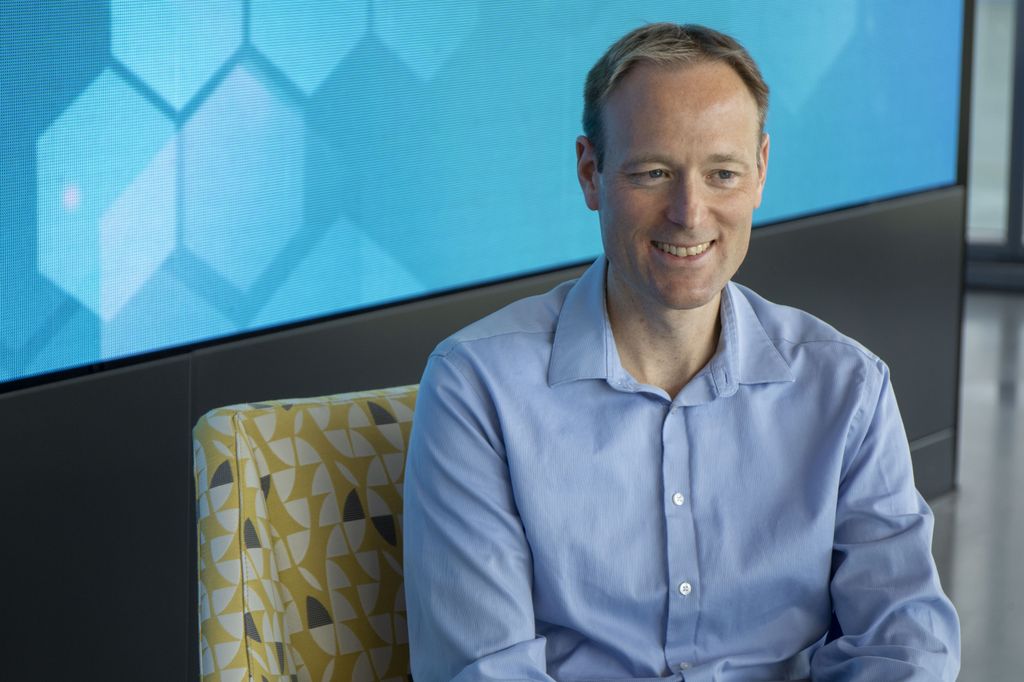 Acute myeloid leukemia, or AML, is the most common acute blood cancer in adults — and one of the most difficult to treat. Scientists at Oregon Health & Science University have discovered a potential new target for stopping it: a gene that, when active, predicts worse chances of survival.

The discovery is the latest yield of the OHSU Knight Cancer Institute’s Beat AML project — a comprehensive platform for analyzing the DNA and RNA of leukemia cells, their sensitivity or resistance to drugs, and the medical outcomes of more than 800 people with AML from across the country who donated samples to the effort.

“It’s giving us a better roadmap for understanding this disease,” said Jeff Tyner, Ph.D., co-senior author of a paper describing the new findings in Cancer Cell. Tyner is a professor of cell, developmental and cancer biology in the OHSU School of Medicine. First author Dan Bottomly, M.S., is a senior computational biologist in the laboratory of Shannon McWeeney, Ph.D., co-senior author. McWeeney is a professor and head of the Division of Bioinformatics and Computational Biology in the OHSU School of Medicine and chief data officer for the Knight Cancer Institute. Bottomly and McWeeney co-led the modeling and analysis for this work.

All of the data can be accessed and queried through an online, interactive visualization platform, Vizome, which was developed by McWeeney’s group. “We have a responsibility to our patients to ensure the findings, data and tools we develop are shared broadly to accelerate the development of new treatments,” McWeeney said.

The National Cancer Institute’s Genomic Data Commons has worked closely with Bottomly, Tyner and McWeeney on the release of the raw data to coincide with this month’s publication in Cancer Cell.

Each year, upward of 20,000 Americans are diagnosed with AML and 11,000 die from it. The five-year survival rate for adults is 27%. New targeted therapy drugs have fallen short of their promise, because the cancer so quickly evolves to gain resistance, making the need for more effective therapies urgent.

In the new analysis, vast gene expression data combined with the clinical outcomes enabled the researchers to zero in on a gene, called PEAR1, that is among the strongest predictors of whether a person will survive AML. Overall survival was significantly lower in patients whose leukemia cells showed elevated activity of the PEAR1 gene.

“It is equivalent to the best prognostic signatures we’ve had,” Tyner said. The results held up when tested in independent data sets, including The Cancer Genome Atlas and the
Institute for Molecular Medicine Finland. Across data sets, elevated PEAR1 expression meant patients were more likely to die sooner from AML. 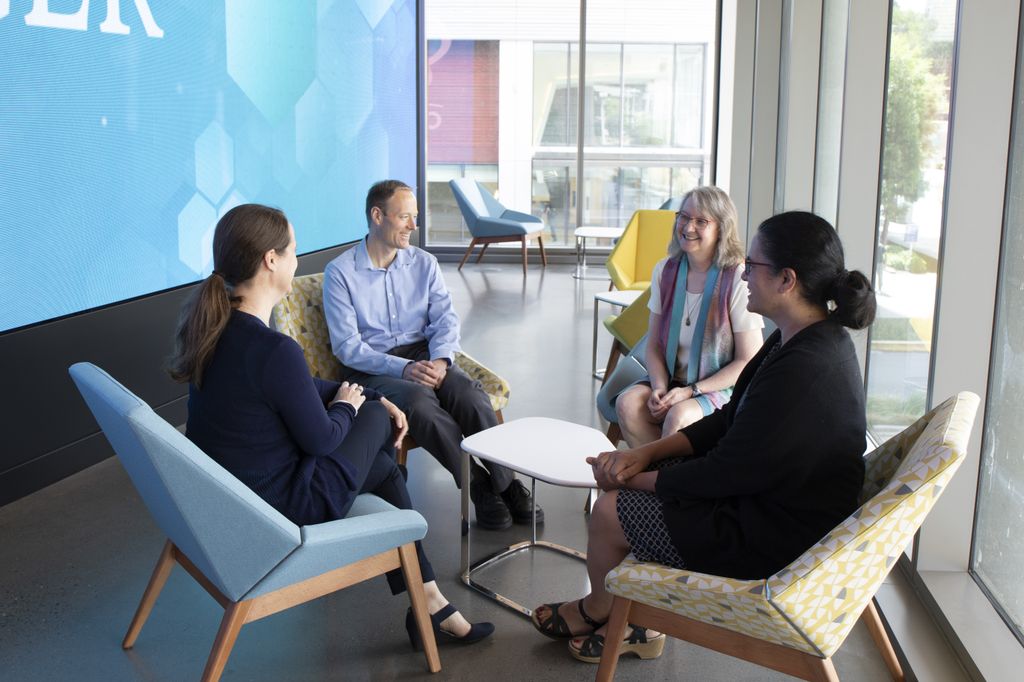 But researchers also found that features of the PEAR1 gene suggest it could be targeted with drugs to stop AML. The PEAR1 gene encodes a protein normally used for signaling by blood platelets. That means drugs could be designed to block PEAR1 signaling. Researchers have developed PEAR1 antibodies, which could be used to direct anti-cancer agents to tumor cells. In a preliminary study of antibody targeting, the researchers measured PEAR1 protein expression on the surface of tumor cells from AML patient samples, and found that it strongly correlates with the PEAR1 RNA levels used to determine that the presence of PEAR1 expression means a lower chance of survival.

The rich Beat AML data set, funded in part by The Leukemia & Lymphoma Society, enabled the researchers to disentangle patterns of drug response. Targeting of leukemia stem cells — known as “undifferentiated” because they haven’t matured into a cell type — has been a major goal for AML research, based on the idea that eliminating these undifferentiated cells would cause tumors to collapse. But it hasn’t worked, because relapse can be seeded by more mature cells. Tumor cells exist in different states of maturation, which alter their response to anti-cancer drugs. For instance, some drugs are more effective against AML cancers with a less mature cell state, while other drugs are more effective against AML cancers with cells in a more mature state.

The new study — a collaboration involving more than 90 researchers — found that tumors can display features of multiple cell maturation states, and that a majority of drugs and drug families have their efficacy significantly correlated with cell states. A selection of 73 such drugs clustered into three main groups: One with greater activity against blood stem cell and progenitor-like states, with less efficacy against the more differentiated cell types; another showing the opposite pattern, with the greatest activity against more mature dendritic cell-like and monocyte-like states; and a third cluster showing muted activity against both of these two cell-state types. 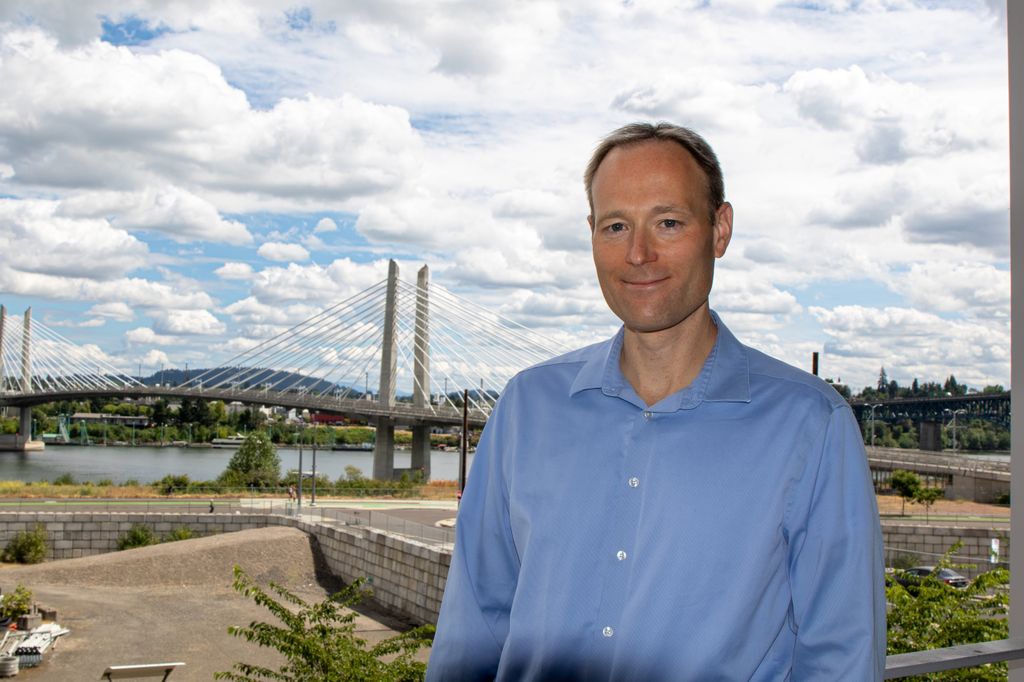 “We need to start using this information about cell maturation states to think in a new way about rational drug combinations,” Tyner said. “This can be a springboard for rapid design of clinic trials of new drug combinations.”

Jeff Tyner has received research support from Acerta, Agios, Aptose, Array, AstraZeneca, Constellation, Genentech, Gilead, Incyte, Janssen, Kronos, Meryx, Petra, Schrodinger, Seattle Genetics, Syros, Takeda, and Tolero and serves on the advisory board for Recludix Pharma. A subset of findings from this manuscript have been included in a pending patent application.

Research in the Tyner lab