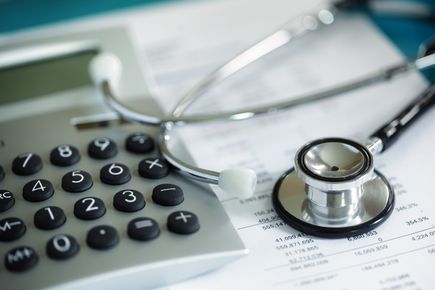 U.S. taxpayers spent more than $650 million in 2013 and 2014 on one medication with questionable usefulness prescribed by less than 1 percent of clinicians, according to new research by scientists with OHSU and the OHSU/Oregon State University School of Pharmacy in Portland.

The findings will be presented Thursday, Feb. 23, by Dennis Bourdette, M.D., professor and chair of neurology in the OHSU School of Medicine, during America’s Committee for Treatment and Research in Multiple Sclerosis (ACTRIMS) national forum in Orlando, Florida.

Bourdette and co-author Daniel Hartung, Pharm.D., M.P.H., an associate professor in the OHSU/OSU College of Pharmacy previously published a study in 2015 that examined the accelerating cost of drugs to treat multiple sclerosis.

Bourdette and Hartung subsequently looked into Medicare spending for one medication – H.P. Acthar Gel – that had drawn headlines because of a substantial run-up in price. Acthar stimulates a patient’s adrenal glands to produce natural steroids so it has effects similar to prednisone and other synthetic anti-inflammatory steroids. Originally approved for clinical use in the 1950s, the medication has shot up in price in recent years. The average price per vial has increased from $748 in 2001 to $34,034 in 2014, and treating one patient with a short course of Acthar can cost more than $100,000. The cost of a course of treatment with prednisone or similar steroids would be, at most, a few hundred dollars.

“I was shocked at how much money Medicare was paying for prescriptions of Acthar,” Bourdette said.

Bourdette and Hartung, along with Kirbee Johnston, M.P.H., of OSU, and Shelby Van Leuven of OHSU, examined publicly accessible data from Medicare Part D. They discovered that less than 1 percent of physicians prescribed Acthar in 2013 and 2014 at a cost of more than $650 million to Medicare. Importantly, 40 percent of the cost to Medicare could be traced to a very small number of specialists in neurology, nephrology and rheumatology – a total of 274 physicians – who prescribed Acthar 11 or more times in 2013 and 2014.

“Because of the tremendous cost, you really should have evidence that it’s superior and beneficial compared to much cheaper forms of generic steroids, like prednisone,” Hartung said.

However, the researchers noted there is no evidence that there are any significant clinical differences between Acthar and very low-cost steroids for treating attacks of multiple sclerosis or for any other autoimmune disease.

“We question why a small number of physicians are prescribing this extremely expensive drug when there are much cheaper alternatives,” Bourdette said.

Medicare is obligated to cover the cost of prescriptions of Acthar because the U.S. Food & Drug Administration approved it for treating relapses of MS and a variety of other inflammatory diseases.

“Many people are advocating for Medicare to be allowed to negotiate directly with the pharmaceutical industry,” Hartung said. “This is a good example where Medicare could save a lot of money if it had the discretion to negotiate prices or even not to cover a drug because of its high cost compared to more inexpensive alternatives.”

The medication is a porcine-derived adrenocorticotropic hormone that had been traditionally used to treat a rare form of epilepsy, called infantile spasms. In recent years, it has been heavily marketed for treatment of other conditions, including multiple sclerosis.  Physicians should stop prescribing Acthar for anything other than infantile spasms, Bourdette said.

“Prescribing Acthar for multiple sclerosis or other autoimmune diseases costs society too much money and is irresponsible,” Bourdette said.

The manufacture of Acthar, Mallinckrodt, recently agreed to pay $100 million to settle charges of anti-competitive practices.

The research was supported by the National Multiple Sclerosis Society.

Previous Story Fluoride tablets inadequate alternative to water fluoridation, study finds Next Story Gene mutations cause leukemia, but which ones?