OHSU scientists aim to lessen the impacts of Alzheimer’s disease in women
By Tracy Brawley May 22, 2018 Portland, Oregon 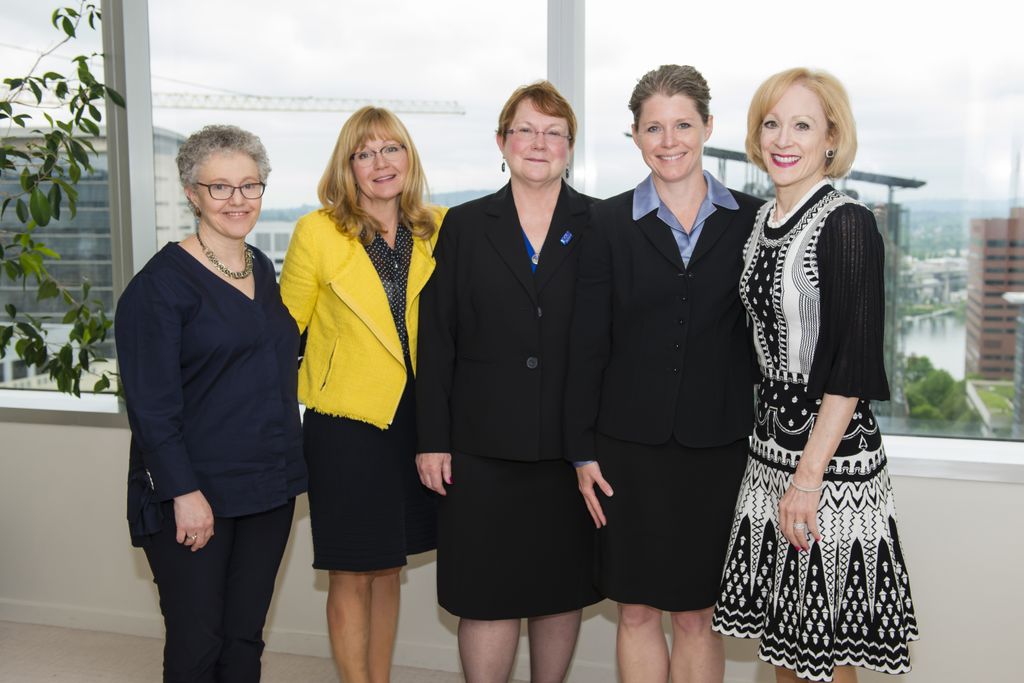 The OHSU Center for Women’s Health Circle of Giving has awarded more than $2 million in research grants since 2006 to advance women’s health care.

During National Women’s Health Week, the Circle of Giving presented its annual $125,000 grant to Julie Saugstad, Ph.D., and Ursula Sandau, Ph.D., in the Department of Anesthesiology and Perioperative Medicine, OHSU School of Medicine. As two-thirds of the 50 million patients living with Alzheimer’s disease worldwide are female, these scientists will test how brain-derived cell differentiators, or exosome microRNAs, work together with a genetic risk to worsen Alzheimer’s disease in women. Their work may help to change the outcome of this debilitating disease.

“Our long-term goal is to develop a new clinical test for the early detection of Alzheimer’s disease, as well as new therapies to both treat and prevent the disease in women,” said Saugstad. “We have the capability to do this right here at OHSU. And now, thanks to the Circle of Giving, we will be able to begin our journey.”

The Circle of Giving fulfills a crucial role in scientific research. According to the group’s co-chair Patti Warner, funding directly supports pilot studies that allow researchers to qualify and apply for larger grants from organizations such as the National Institutes of Health.

“Without Circle of Giving funding, 19 highly impactful research studies would never have been able to begin,” Warner said. “That’s our mission, we help important work, and women’s health, get to the next level.”

Women can die if doctors treat them like men