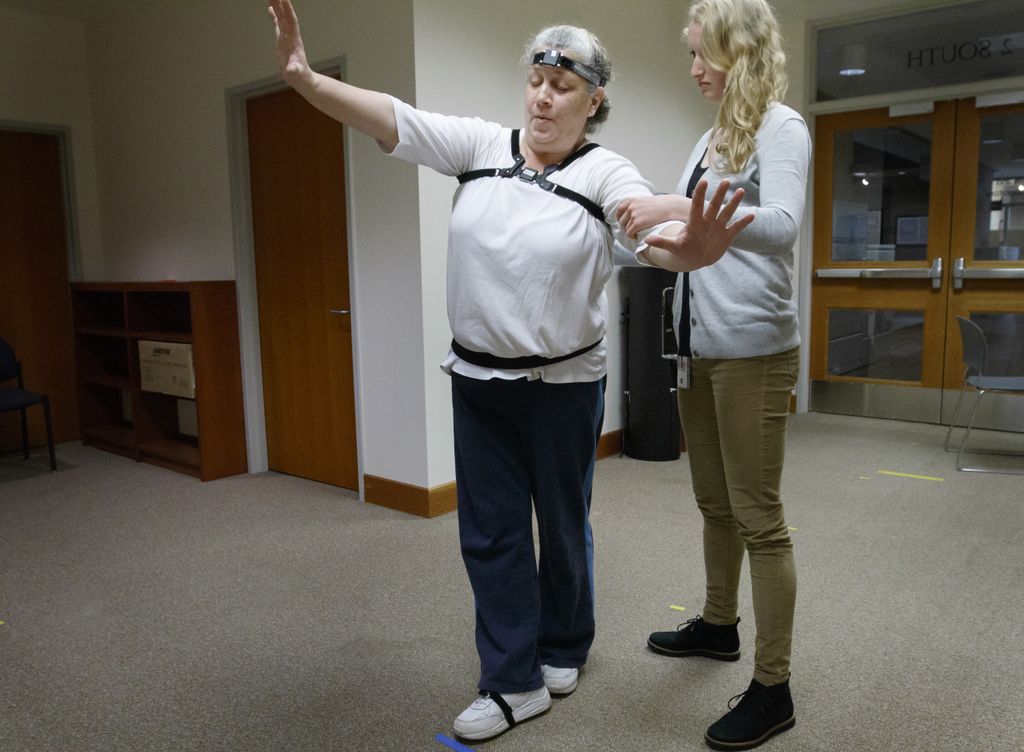 Kelly DeKay stepped gingerly around an exercise room at OHSU, carefully following a prescribed path around and around the room.

DeKay, a 54-year-old Portland resident, is among 1.5 million Americans diagnosed each year with mild traumatic brain injuries, or mTBI, also referred to as a concussion. Wearing sensors that monitored her gait and balance, DeKay walked around the room as part of an OHSU-led research initiative that is gaining new insights into detecting and treating problems after concussions. DeKay is among hundreds of participants involved in several ongoing clinical trials in which their every move is carefully measured and tracked.

“We are ultimately interested in using technology, such as wearable inertial sensors, to detect and measure subtle but often incapacitating problems after a brain injury. With that, we can target rehabilitation and improve clinical outcomes for people,” said Laurie King, Ph.D., P.T., M.C.R., an associate professor of neurology in the OHSU School of Medicine.

King is the principal investigator and recipient of $6.6 million in research grants from the Department of Defense, including a new four-year $4.6 million study designed to determine the best time to begin physical therapy after a concussion. Next month, researchers will begin recruiting participants who have suffered a concussion in the previous 12 weeks.

“Traditionally, people have been told to rest after a concussion,” King said. “But strict rest may not be helpful for prolonged periods of time. It’s not really clear when you should be initiating rehabilitation and physical therapy. Currently, because there is not clear guidance, physical therapy begins, on average, two months following an injury.”

The trial will compare outcomes between participants who begin therapy right away after a mTBI compared to those who begin later, as the standard of care. Researchers also will develop and test wearable sensors, which will enable physical therapists to receive real-time feedback as participants do their rehabilitation at home. Because most physical therapy following mTBI is conducted at home, the idea is to test whether monitoring movement quality with wearable sensors will improve clinical outcomes.

This same research group is currently running a different four-year clinical trial to evaluate the inner ear, balance and walking among participants who suffer from “post-concussive syndrome.” The syndrome affects an estimated 40 percent of all people who suffer from mild TBIs, resulting in lasting symptoms including problems with balance. 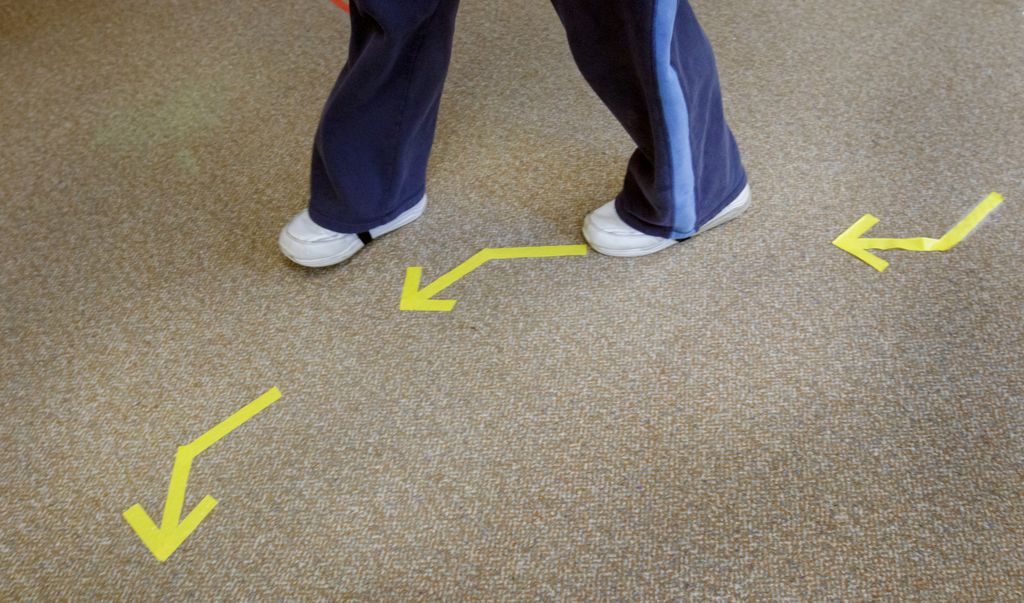 Trial participant Kelly DeKay works through an exercise. The study includes testing sessions to measure balance and walking and also includes audiology and vestibular screening, as researchers seek to understand how the brain integrations information used for balance. (OHSU/Kristyna Wentz-Graff)

DeKay suffered a concussion when a large planter box dropped on her head in September 2015. She suffered lingering and debilitating problems with balance.

“I would not go outside,” she said. “People thought I was intoxicated when I went to stores or to the library. You feel like you’re trapped inside your mind, and you can’t find the combination to get outside anymore. It’s incredibly isolating.”

The study includes testing sessions to measure balance and walking and also includes audiology and vestibular screening, as researchers seek to understand how the brain integrations information used for balance. Some participants also receive physical therapy, which, in DeKay’s case, resulted in marked improvement in her symptoms.

“They have improved my life so much,” she said. “It’s OK now for me to go outside.”

Sensors are used to monitor gait and balance for participants involved in the clinical trial. Researchers at OHSU are gaining insights into detecting and treating problems related to concussion injuries. (OHSU/Kristyna Wentz-Graff)

Trial participant Kelly DeKay (left) loses her balance while performing exercises with the assistance of research assistant Alexa Beeson as part of a clinical trial. DeKay suffered a concussion in September 2015. Researchers at OHSU are gaining insights into detecting and treating problems related to concussion injuries. (OHSU/Kristyna Wentz-Graff)

Trial participant Kelly DeKay suffered a concussion in September 2015. She is taking part in a clinical trial aimed at detecting and treating problems related to concussion injuries. (OHSU/Kristyna Wentz-Graff)

Trial participant Kelly DeKay works through an exercise during a clinical trial. DeKay suffered a concussion in September 2015 and says the exercises she has learned through the trial have helped her gain balance and confidence. (OHSU/Kristyna Wentz-Graff)