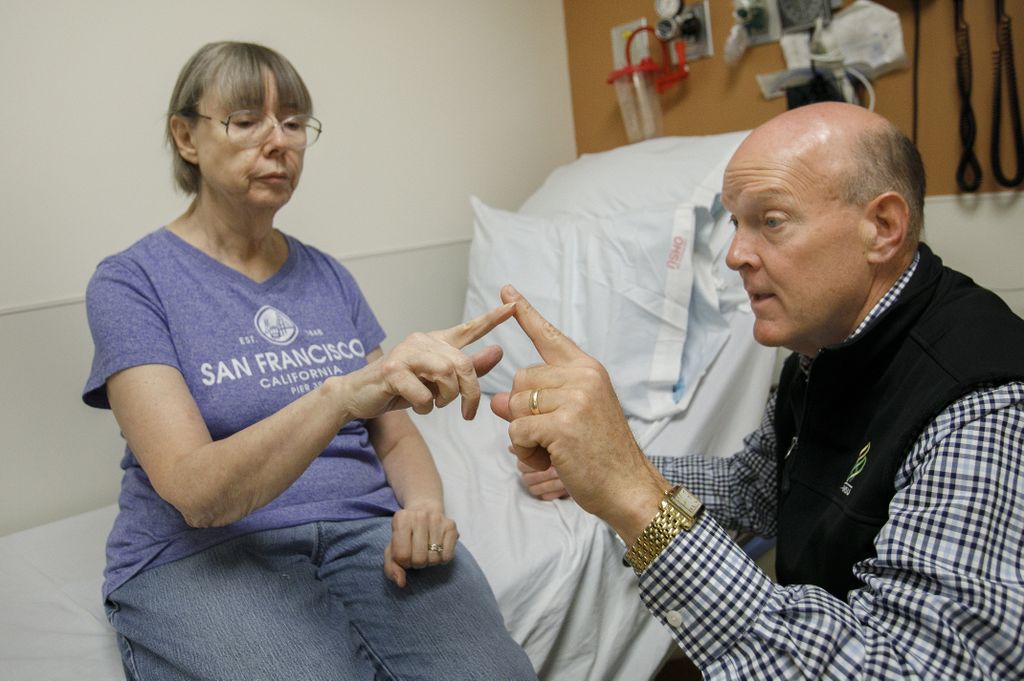 A new form of immunotherapy offers promise as potentially the first treatment to slow or stop the progression of Parkinson’s disease. Although its effectiveness still must be determined in further clinical trials, new research published today shows that it meets the fundamental principle of medicine: First, to do no harm.

OHSU is one of several sites recruiting participants into phase II of the clinical trial for that drug, which will further study safety and tolerability as well as measure the potential effectiveness of the therapy over a year. The randomized controlled trial will use a standardized scale for Parkinson’s to measure the progression of the disease among participants given a lower dose, higher dose and placebo. Researchers are looking for participants who have been recently diagnosed with Parkinson’s.

“This drug has the potential to have the greatest effect for people early in the disease, within two years of diagnosis,” co-author Joseph Quinn, M.D., professor of neurology in the OHSU School of Medicine and director of OHSU’s Parkinson Disease and Movement Disorders Program. 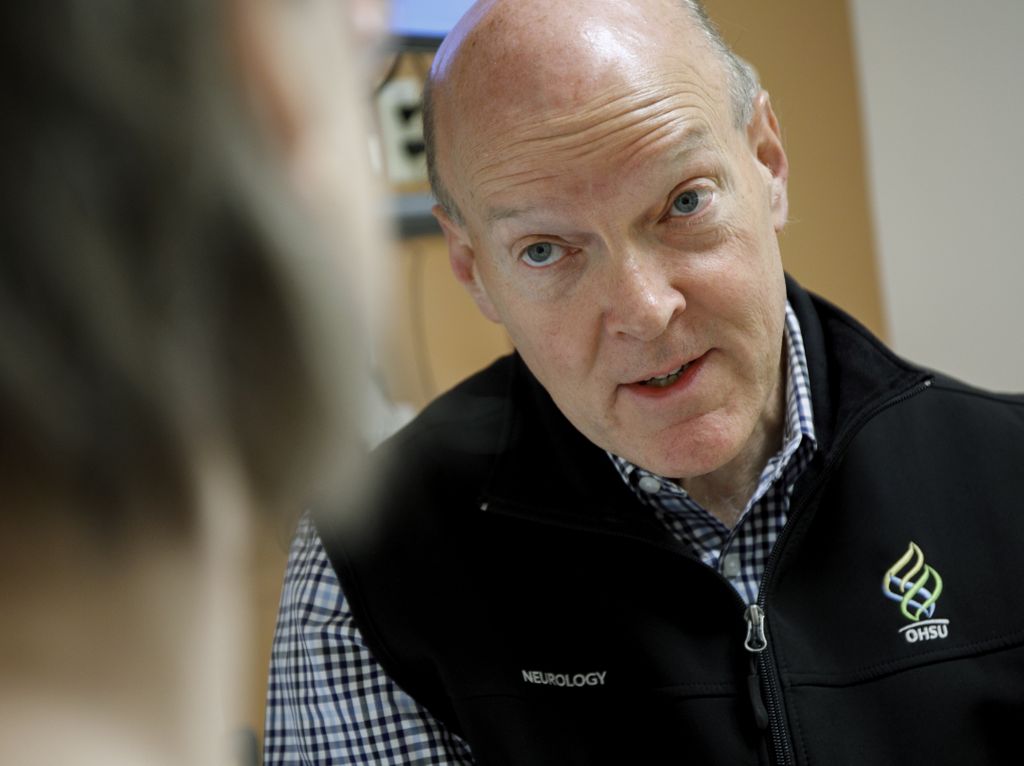 “This drug has the potential to have the greatest effect for people early in the disease, within two years of diagnosis,” says Joseph Quinn, M.D., a co-author on the study. (OHSU/Kristyna Wentz-Graff)

The drug uses an antibody targeting the alpha-synuclein protein, which clump together in aggregations known as Lewy bodies inside neurons, a specialized cell that transmits nerve impulses. The formation of Lewy bodies is thought to kill these cells, leading to Parkinsonism. Previous studies involving mice showed that introducing a particular kind of antibody – known as PRX002/RG7935 – reduced levels of alpha-synuclein aggregates in neurons, blocked the spread of alpha-synuclein and protected the neurons and synapses.

The initial study included 80 participants given intravenous infusions every four weeks and then monitored over 24 weeks. It found that participants safely tolerated the therapy and that it was effective in targeting the alpha-synuclein proteins.

“The absence of serious safety concerns in this study, the accumulating scientific data in support of this approach, and the clear unmet medical need for disease-modifying therapeutics in [Parkinson’s disease] underscore the importance of future trials,” the authors write.

Parkinson’s disease affects about 1.5 million people in the United States alone, with symptoms including tremor, muscle stiffness, slow movement, and coordination and balance problems. Although treatments exist to alleviate symptoms, including deep-brain stimulation to relieve tremor and balance problems, experts have not determined a cause. Therefore, treatment and prevention of the underlying disease has remained elusive.

In the interest of ensuring the integrity of our research and as part of our commitment to public transparency, OHSU actively regulate, track and manage relationships that our researchers may hold with outside entities. In regard to this study, Quinn received compensation for serving on a data and safety monitoring board for vTv Therapeutics. Review details of OHSU's conflict of interest program to find out more about how we manage these business relationships.

This study was sponsored by Prothena Biosciences Limited of Dun Laoghaire, Ireland.