Caring for the caregivers 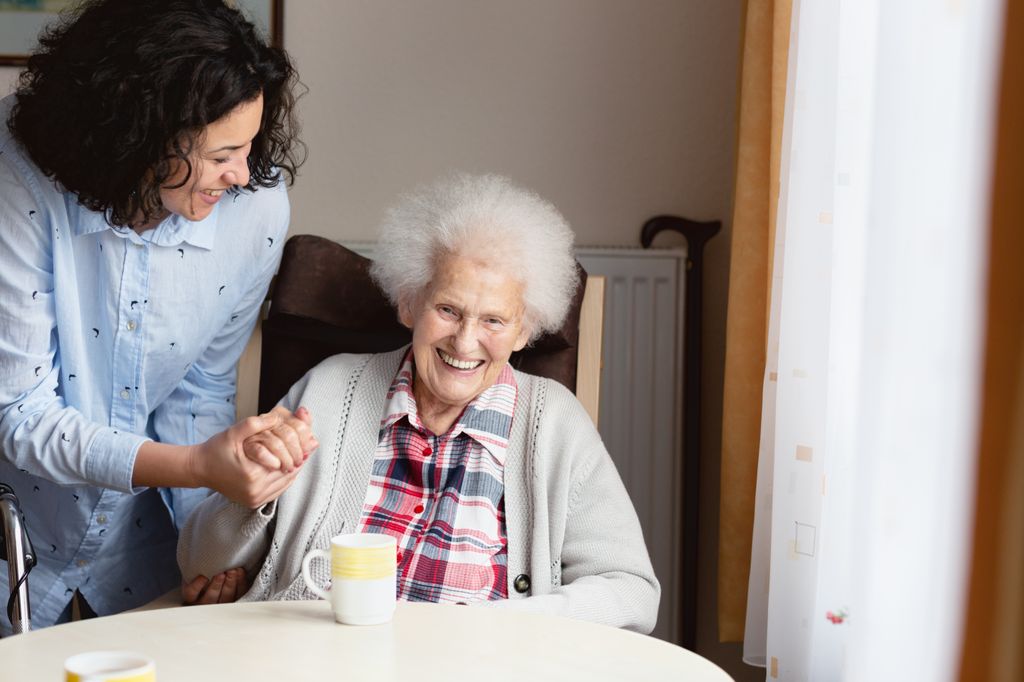 Alzheimer’s disease affects millions of people around the world, so it’s no wonder that research focuses on finding new ways to treat or prevent the onset of the disease in the future. Much less attention has been paid to the partners and spouses who are providing care right now.

That’s about to change.

A new initiative at Oregon Health & Science University – backed by a new five-year award from the National Institute on Aging of the National Institutes of Health – will explore new methods to improve the health and welfare of caregivers. The new Roybal Center will design and test interventions to help people improve the care of their family members while maintaining their own health and well-being.

“The level of stress for these family members is extremely high,” said Allison Lindauer, Ph.D., N.P., an assistant professor of neurology in the OHSU School of Medicine. “You’re experiencing a form of chronic grief every time you lose a little more of your family member with dementia.”

The award is expected to total $3.8 million over the next five years.

The Alzheimer’s Association estimates the cost of unpaid care for people with Alzheimer’s disease and dementia will rise to $1.1 trillion in today’s dollars by the year 2050. At the same time, caregivers themselves pay an even steeper cost.

One study found that people who care for spouses with dementia are at six times greater risk of suffering from dementia compared with people providing care to loved ones with other types of disease, such as cancer.

“We need to figure out how to care for the caregivers,” Lindauer said.

The first two pilot projects will move forward immediately, including one led by Lindauer using automated sensors in the home. Lindauer will enroll 40 people with dementia and their caregivers to test an intervention aimed at reducing stress in families living with middle to late-stage dementia called STELLA.

To address the care-planning needs of families in the early stages of dementia, Lyndsey Miller, Ph.D., R.N., an assistant professor in the OHSU School of Nursing, will refine and test SHARE-Sense, an intervention to help families identify and anticipate their needs in the coming years. Miller’s study, a family care planning program for early-stage dementia, uses technology to help assess evolving care needs.

Both of the pilot studies will harness in-home monitoring technology to take measure of daily life, such as time spent together, sleep, walking speed, and time spent out of the home. Paired with information reported by participants, Lindauer said these objective measures will paint a much clearer picture of families’ lives – and whether interventions such as counseling, exercise activities or socializing makes a difference.

In Oregon alone, the Alzheimer’s Association estimates there are 186,000 people caring for partners or loved ones with dementia.

OHSU is one of 13 institutions around the country to be designated by the NIA as Edward R. Roybal Centers for Translational Research in the Behavioral and Social Sciences of Aging. The OHSU grant is award No. P30AG024978.

The center has the second-largest Alzheimer’s disease brain tissue bank in the United States, an extensive clinical database containing records from more than 22,000 visits comprising 260,000 assessment data forms, and unparalleled technologies for research developed at OHSU, including the Oregon Center for Aging & Technology.

Allison Lindauer, Ph.D., N.P., is an assistant professor of neurology in the OHSU School of Medicine, and director of Outreach, Recruitment and Education, OHSU Layton Aging and Alzheimer's Disease Center. (OHSU)