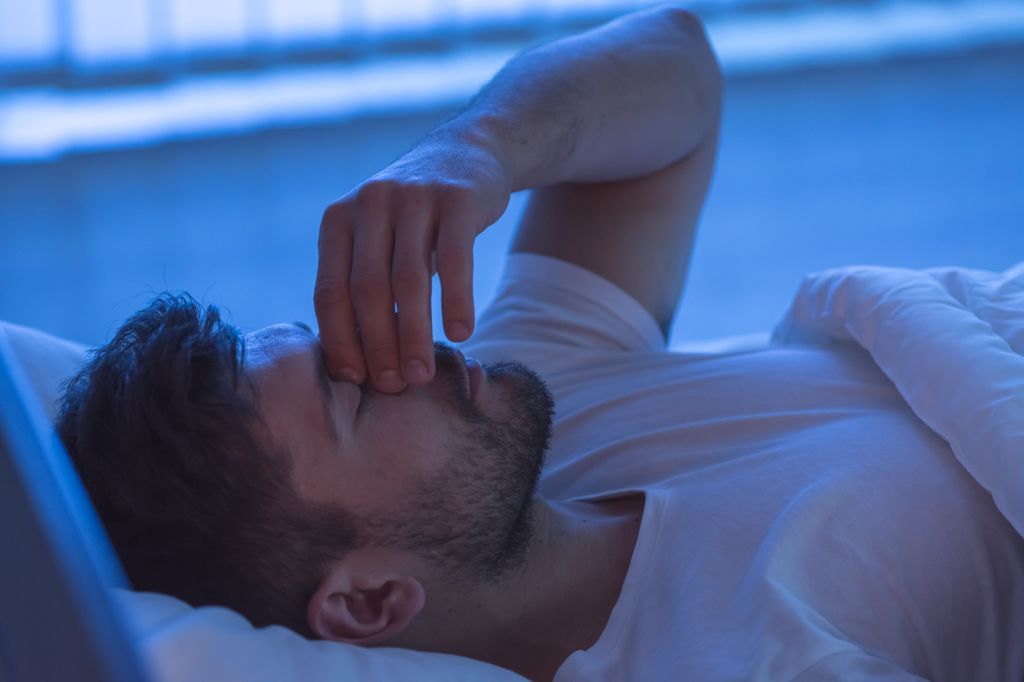 Military veterans with post-traumatic stress disorder or concussion suffer from a thrashing form of sleep behavior at a rate that is far higher than the general population, according to a new study by researchers at the VA Portland Health Care System and Oregon Health & Science University. The finding was published online this week in the journal SLEEP.

Researchers next want to probe whether the disorder, known as REM sleep behavior disorder – or, RBD -  might provide an early signal of the development of neurodegenerative conditions such as Parkinson’s disease.

Normally during sleep that coincides with rapid eye movement, or REM sleep, muscles are effectively paralyzed. In cases of RBD, brain control of muscle paralysis is impaired, resulting in people acting out dreams during REM sleep, sometimes causing injuries to themselves or their partners. It is estimated to affect less than 1% of the general population.

That proportion rose to 9% of the 394 veterans in this study and further swelled to 21% among those with PTSD.

“This is important because, in the general population, RBD has been linked to Parkinson’s disease, and RBD often precedes classic symptoms of Parkinson's by years,” said senior author Miranda Lim, M.D., Ph.D., a staff physician at the VA and assistant professor of neurology, medicine and behavioral neuroscience in the OHSU School of Medicine. “We don’t know whether veterans who have PTSD and higher rates of RBD will go on to develop Parkinson’s, but it is an important question we need to answer.”

Researchers suspect chronic stress on the brain may play a role in causing the sleep disorder in veterans with PTSD, as many veterans have been exposed to a concussion which potentially accelerates neurodegenerative processes.

Each study participant underwent an overnight sleep study at the VA Portland Health Care System between 2015 and 2017 to determine the presence of dream enactment during episodes of REM sleep. Muscle activity was monitored continuously during the 8 hours of the study in order to diagnose RBD. The study found that those with PTSD had over 2-fold increased odds of RBD compared to veterans without PTSD.

“RBD seems to be highly prevalent in veterans with a history of trauma,” said lead author Jonathan Elliott, Ph.D., a research physiologist at the Portland VA and assistant professor of neurology in the OHSU School of Medicine.

Doctors involved in the study, including co-authors Kristianna Weymann, Ph.D., R.N., a clinical assistant professor in OHSU School of Nursing, and Dennis Pleshakov, a student at the OHSU School of Medicine, will continue to track research participants with RBD, looking for early signs of Parkinson’s or other neurodegenerative conditions. Although there are several therapies to ease some of the symptoms of Parkinson’s, including tremor and fatigue, so far there has been no definitive therapy to prevent it.

Clinical trials for promising therapies are usually conducted well after patients have been diagnosed with Parkinson's, at a stage that may be too late to reverse the symptoms. Lim said that identifying patients with RBD presents an opportunity to identify people earlier in the disease course, and potentially provides a more viable window to test promising interventions.

Interpretations and conclusions are those of the authors and do not represent the views of the U.S. Department of Veterans Affairs or the U.S. government.