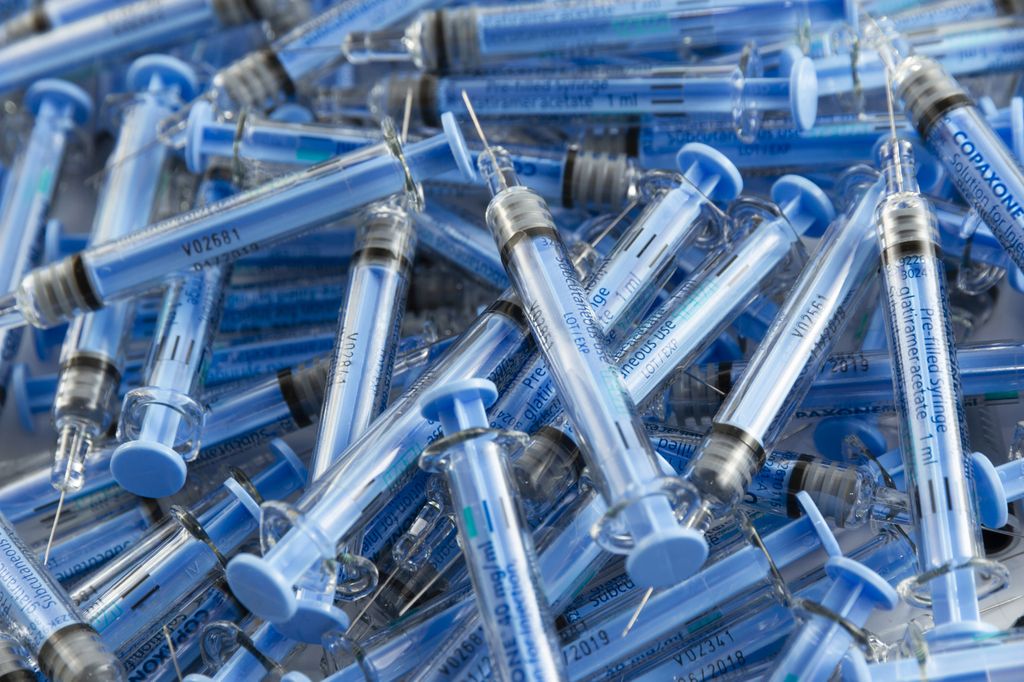 Though the U.S. Food and Drug Administration approved the first generic version of Copaxone in 2015, introduction of the generic has not slowed the increasing price of MS drugs. (Getty Images)

Generic versions of expensive drugs are supposed to constrain prices paid by patients.

However, new research focused on one commonly prescribed drug to treat multiple sclerosis reveals that the introduction of a generic version had little effect on escalating prices within this costly medication class. Further, researchers found that the manufacturer of the preexisting branded product blunted the impact of the new generic by shifting patients to a slightly different, but not interchangeable, version before the generic’s launch.

The study is published in the journal Neurology, the medical journal of the American Academy of Neurology.

The research focused on the drug glatiramer acetate, known by the brand name Copaxone.

“As a physician concerned about the cost to patients, it’s disappointing that having a generic version of one of the most prescribed MS drugs does not have an effect on slowing the increasing price of MS drugs,” said co-author Dennis Bourdette, M.D., professor emeritus of neurology in the Oregon Health & Science University School of Medicine and founding director of the OHSU Multiple Sclerosis Center.

The authors of the study noted that between the years 2000 and 2013, the average annual price of medications to treat MS have increased four- to fivefold and currently exceed $70,000 per patient. Out-of-pocket costs for patients can exceed $6,000 a year for some patients, they write.

The lack of generic drug options has contributed to rising MS drug prices. In 2015, the U.S. Food and Drug Administration approved the first generic version of Copaxone, one of the most widely used MS drugs within the class. The authors decided to examine the effect of its introduction on the overall trajectory of medication costs and use.

They found that the prices continued to escalate despite the introduction of the new generic followed by a second shortly afterward.

“Spending on MS [medications] has continued to escalate over the last several years,” the researchers concluded. “With a few exceptions, the introduction of the first generic glatiramer acetate product in 2015 had minimal effects on trends in pricing over this period.”

“Nearly half of Teva’s market share was moved to the 40 mg version, which was not interchangeable with the new generic,” the researchers write. “This rapid shift may have been accomplished through both active marketing to physicians as well as strategic pricing decisions.”

Teva’s maneuver is indicative of the pharmaceutical industry as a whole, said Daniel Hartung, Pharm.D., M.P.H., associate professor in the OHSU/Oregon State University College of Pharmacy.

“For the U.S. health care system, the availability of generic drugs has historically been a leading strategy to hold down costs for prescription drugs,” Hartung said. “In our paper, we show how the commonly used industry tactic of releasing and promoting a slightly tweaked version of a branded drug prior to a generic competitor’s launch really lessened the impact of this new generic version of Copaxone and insulated Teva from lost sales.”