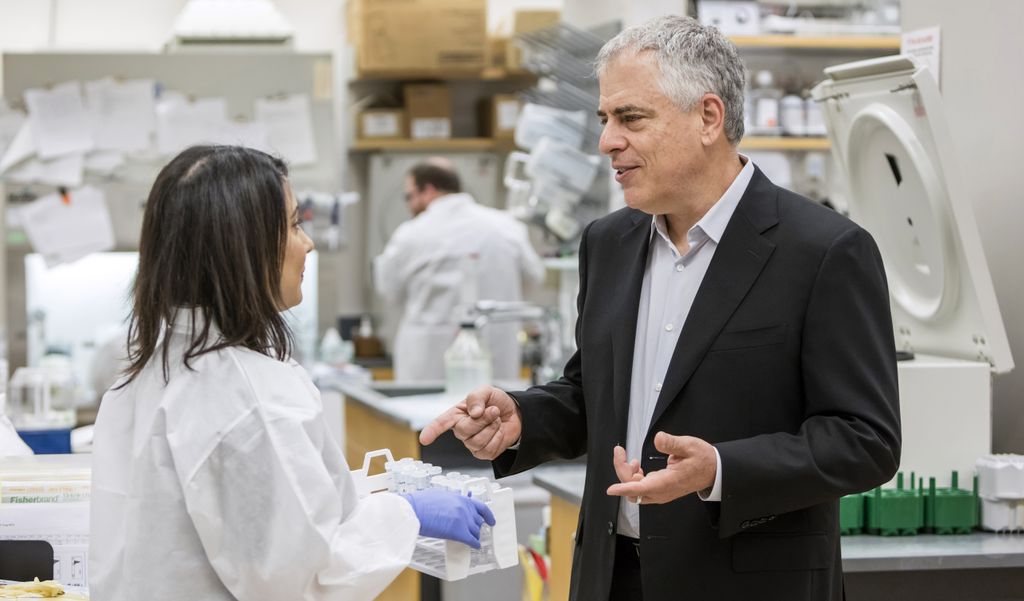 Louis Picker, M.D., is one of two Oregon physician-scientists appointed by Gov. Brown to a multi-state workgroup to independently review the safety and efficacy of COVID-19 vaccines that receive emergency use authorizations from the U.S. Food and Drug Administration for distribution.

The Western States’ Scientific Safety Review Workgroup, first announced in October, comprises nationally and internationally accomplished physicians, scientists and health experts from California, Nevada, Washington and Oregon who will evaluate any federally approved vaccine before it is made available to those most at risk, especially communities of color who have been severely impacted by COVID-19.

A world leader in the search for an HIV vaccine, Picker and colleagues developed a promising HIV vaccine based on a first-of-its kind vaccine technology platform using a form of the common herpes virus cytomegalovirus. The vaccine can prevent nonhuman primates from contracting infection with SIV, the simian version of HIV. This novel vaccine platform, licensed by Vir Biotechnology of San Francisco, also has led to a new highly effective vaccine against tuberculosis in monkeys. Both the TB and HIV vaccine candidates are moving toward testing in human clinical trials.

Researchers in Louis Picker’s laboratory focus their studies on memory T cell biology in human and nonhuman primates. Working closely with OHSU’s Oregon National Primate Research Center, they investigate the physiology of T cell memory and effector responses, including mechanisms that control “selection” of the memory repertoire, the functional specialization of the memory population, and the elements involved in T cell homeostasis and regeneration.