Project seen as a template for public health initiatives during pandemic
By Erik Robinson February 17, 2021 Portland, OR 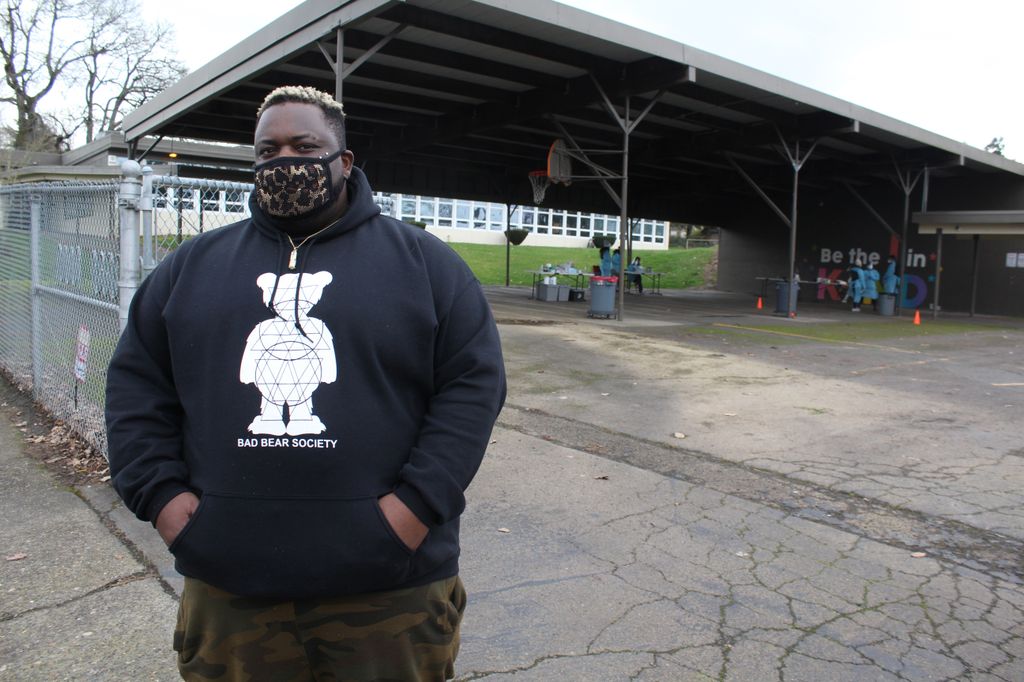 Residents of a Northeast Portland neighborhood continue to show up each week under a covered area behind Prescott Elementary School, even though a pilot project to conduct free COVID-19 tests originally was due to end more than a month ago.

The reason: The site is still helping communities that have been hardest hit by the pandemic – especially people of color.

As researchers continue compiling a trove of data generated since weekly and twice-weekly community testing began in mid-November, Oregon Health & Science University scientists and community activists say the project has already paid off by building trust in science as a vehicle to improve people’s lives.

“What we know about this virus is that it is cruel to communities of color,” said Prescott Principal Nichole Watson, whose school enrollment comprises almost two-thirds Latino, Black and Asian American populations. “Being able to offer free testing with a trusted community partner like OHSU gave confidence, demystified fear and helped to overcome some of the reluctance people have around testing.”

Prescott, situated in a working class neighborhood a mile or so southeast of the Portland airport, is committed to providing space for the testing through March. Imago Dei Community Eastside, a church located in southeast Portland between Powell Boulevard and Division Street, provided space for weekly testing in a covered area at the church entrance through mid-January.

OHSU began the project as a pilot study intended to discern early signals of the novel coronavirus in four Portland neighborhoods through wastewater screening combined with voluntary testing of people who live and work in the areas. The university partnered with Self Enhancement Inc., a nonprofit focused on guiding underserved youth and building community.

“This was a really good test in an urban center,” she said. “It shows the potential that screening even a small area of a large city could give you a good sense of how the virus is spreading in large population centers.”

In addition, researchers discovered that the ability to detect SARS-CoV-2 in roughly 500 samples of saliva collected from people with no symptoms of illness was almost exactly the same as the results obtained from roughly 10,000 samples from asymptomatic people collected at various other OHSU testing sites using nasopharyngeal swabs. The project used OHSU’s in-house lab to detect genetic material of the virus.

That’s a notable distinction, especially for people who prefer spitting in a specialized tube rather than having a nasopharyngeal swab inserted deep within the nose to collect a sample of mucus.

The comfort of the saliva test stood out for clients who SEI recruited to the research.

“No question,” said Anthony Deloney, director of strategic initiatives for SEI. “The first wave of stories about testing just were not good. We were able to tell people that it’s not that test – meaning the back-of-the-nose swab – but this one is super easy and comfortable. That was an easy sell.”

OHSU established its pilot project at a time of heightened demand for testing, at the onset of Oregon’s late autumn and winter surge in cases.

At the time, Deloney said many of the families served by SEI and others living in the area were wary of outside groups – especially scientists – dictating how members of the community should respond to the pandemic spreading across the city.

Deloney credited Hansel and other OHSU scientists with a collaborative approach that built trust.

For example, researchers understood that many low-income workers couldn’t afford to take time off work for testing so they made sure to schedule the testing events over four hours spanning mid-afternoon into the evening with one event usually on Monday and the other on Thursday.

They also looked for locations other than a medical clinic where people would feel comfortable – so SEI found a school and a church. 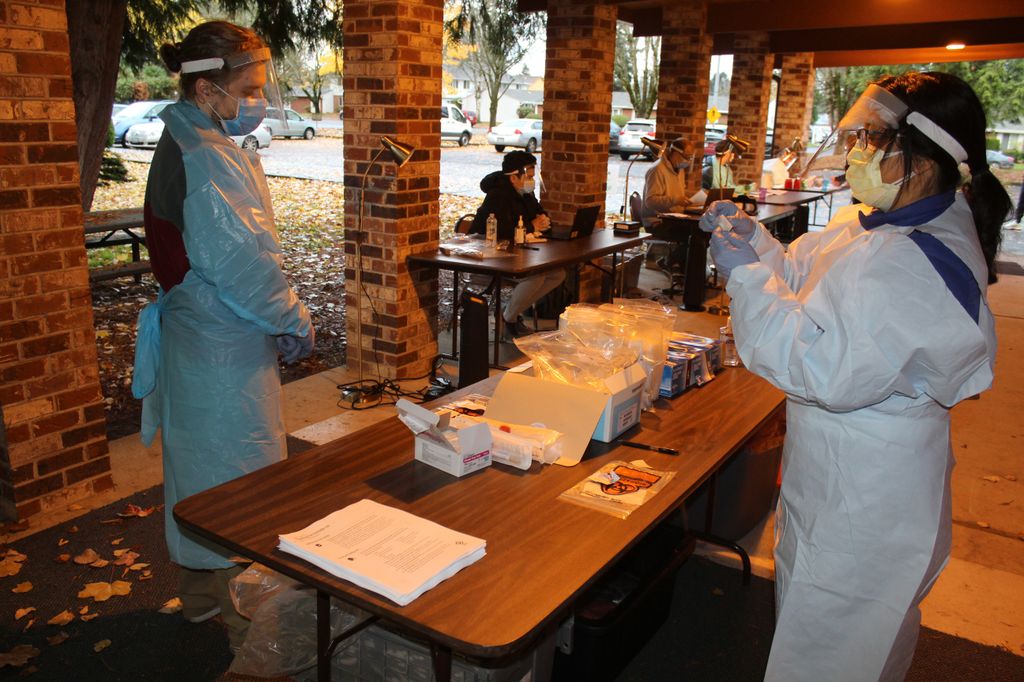 Bundled against the cold, Hansel and other OHSU scientists and research assistants returned every week to register people for the study, take samples and generally work to build a personal connection to Oregon’s academic health center.

The experience has been just as positive for OHSU scientists as it has for area residents.

“Normally, I’m in a lab looking through a microscope,” Fan said. “Here, I’m seeing people in person and it feels like I’m making a difference.”

Deloney said he believes the visible presence and ongoing interaction of OHSU scientists had other intangible benefits in broadening community support for public health measures aside from testing.

Masking is one example.

“When we first started, people thought that masks were probably a good idea but they didn’t necessarily wear them all the time,” Deloney said. “Now, you stick out like a sore thumb if you aren’t wearing a mask in a public place. By our being visible in public places doing these tests, it sends a message that this is real.”

He expects area residents will continue to find value in coming in for a test, even though demand has lessened with the increasing availability of vaccines to prevent illness.

“It’s something in their area, in their community where they can get in and get out,” Deloney said. “Plus, you’re there with other people who look just like you.”

That was certainly the case for northeast Portland resident Perry Lambert, who came in to Prescott on Feb. 8 for a one-time test before a planned trip. Others returned to the site every week, motivated to detect the virus before they inadvertently spread it to friends, coworkers, or family members – especially older people who are particularly vulnerable to COVID-19.

“Having testing sites like this is really important for the community,” Lambert said.

Watson said hosting the project at her school helped to dispel well-founded concerns about medical research involving people of color. U.S. history is rife with examples of unethical research practices that targeted African Americans without their consent, ranging from the infamous Tuskegee study of untreated syphilis to a prolific cell line extracted from cancer patient Henrietta Lacks without her knowledge.

Watson said the community testing project at her school has highlighted the value of science in helping communities on the margin, including people of color.

She said she not only went in for testing, but she has also been vaccinated.

“It’s not about you catching it – it’s about preventing people who are close to you catching it,” she said. “I do think by having the testing here on site, it has been a great conversation starter.”