Treating addiction as a brain disease 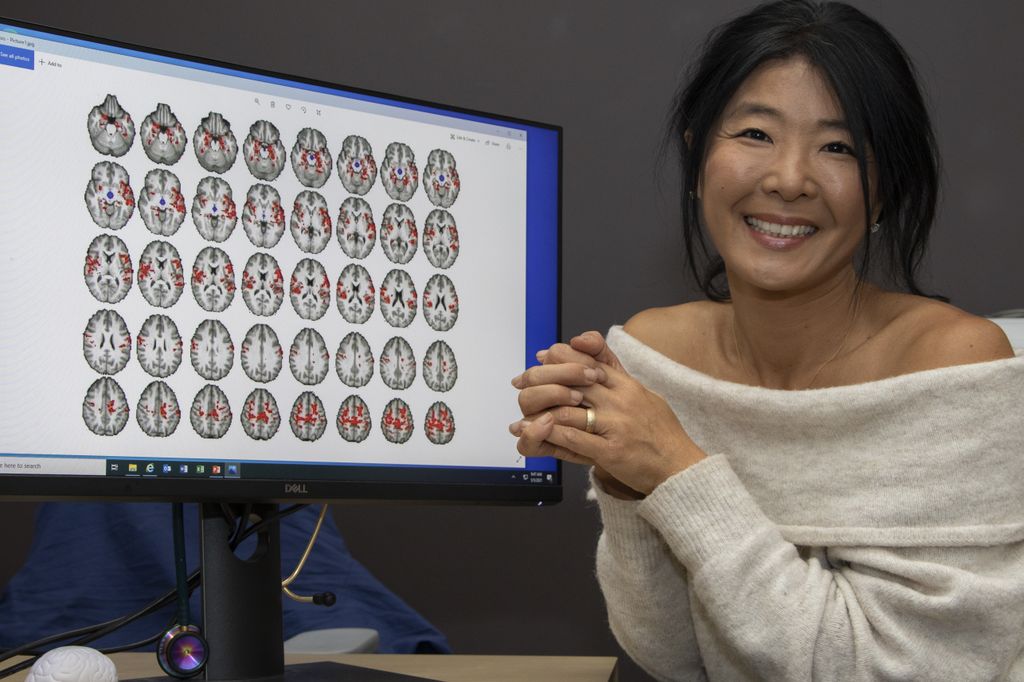 Researchers often draw inspiration from someone, or something, that precedes them. The work of a well-known investigator, a teacher or even an older family member.

“Growing up, I was interested in human psychology. I was curious why people acted the way they did, or why they made certain choices,” says Kohno, an assistant professor of psychiatry in the OHSU School of Medicine. “But I had no real exposure to science. Conducting my own research felt like an unrealistic goal.”

As an undergraduate at the University of California, Berkeley, Kohno followed her passion, seeking a degree in psychology to bolster an eventual career in finance. However, during her sophomore year, her path changed unexpectedly.

Kohno volunteered as a mentor with a community organization that provides mental, emotional and educational support to at-risk youth. It was here that she met Curtisha.

“Curtisha had been neglected. She suffered emotionally, socially and academically due to her mother’s substance abuse,” Kohno recalls. “Her basic health needs were unmet, and, at times, she was not safe in her own home.”

Slowly, with the support of Curtisha’s family, Kohno’s role transitioned from mentor to full-time guardian. She enrolled in courses about substance use and neuroscience as a way to support Curtisha and help her to understand more about her mother’s addiction.

The more Kohno learned, the more intrigued she became.

“There is a stigma surrounding addiction. Some consider it a personal choice, or even flawed character,” says Kohno. “However, the more we learn about it, the clearer it becomes that addiction is in fact a brain disease.”

To help promote healthy family dynamics, and ensure the long-term success of kids like Curtisha, Kohno says, “The disease must be treated.”

And so, with Curtisha as inspiration, she turned to science.

Understanding substance use and the brain

After earning a Ph.D. in neuroscience from the University of California, Los Angeles, Kohno continued on as a postdoctoral research fellow, using novel brain imaging techniques to study methamphetamine dependence. Her science focused on the relationship between brain function, neural network connections and risky decision making in individuals with substance abuse.

Now, as a member of the Methamphetamine Research Center at OHSU, Kohno is extending her work to identify treatments that may help to improve or modify brain function in people with substance use disorder. Currently, she is leading a clinical trial that uses functional magnetic resonance imaging, or fMRI, as well as a molecular imaging technique known as positron emission tomography, to monitor the impacts of ibudilast -- an anti-inflammatory drug used to treat asthma or multiple sclerosis in the brain.

“We know that drugs such as methamphetamine are toxic and may cause neuroinflammation. This can lead to poor brain health that could impact decision making and cause feelings of depression, anxiety or fatigue. These factors may contribute to the cycle of substance abuse,” Kohno says. “If ibudilast can help to limit inflammation in the brain, and potentially restore brain communication, we are hopeful it may lead to less drug use in impacted individuals.”

Importantly, the trial, funded in part by the OHSU Circle of Giving, is also designed to better understand and consider broad human differences.

“No two people are exactly the same, so we shouldn’t expect addiction treatments to be one-size-fits-all,” says Kohno. “By understanding the roles that gender, genetics, behavior and biology play in treatment outcomes, in the future, we will be able to better promote the development of tailored approaches to care and recovery.”

While impactful, for Kohno science represents more than the gratification of identifying a new and effective therapy. It means removing the stigmas of addiction and helping people escape a vicious cycle. It helps to ensure that children have a safe and successful future, and gives a voice to those who are not heard.

“Curtisha once told me that she never imagined a scientist would consider spending time and resources on a solution to help someone like her mother,” Kohno says. “The truth is, I don’t think she realizes how much she, personally, has inspired science.”

Kohno and her mentee, Curtisha, enjoy a day together in Portland, Ore. (OHSU/Kohno, 2019)