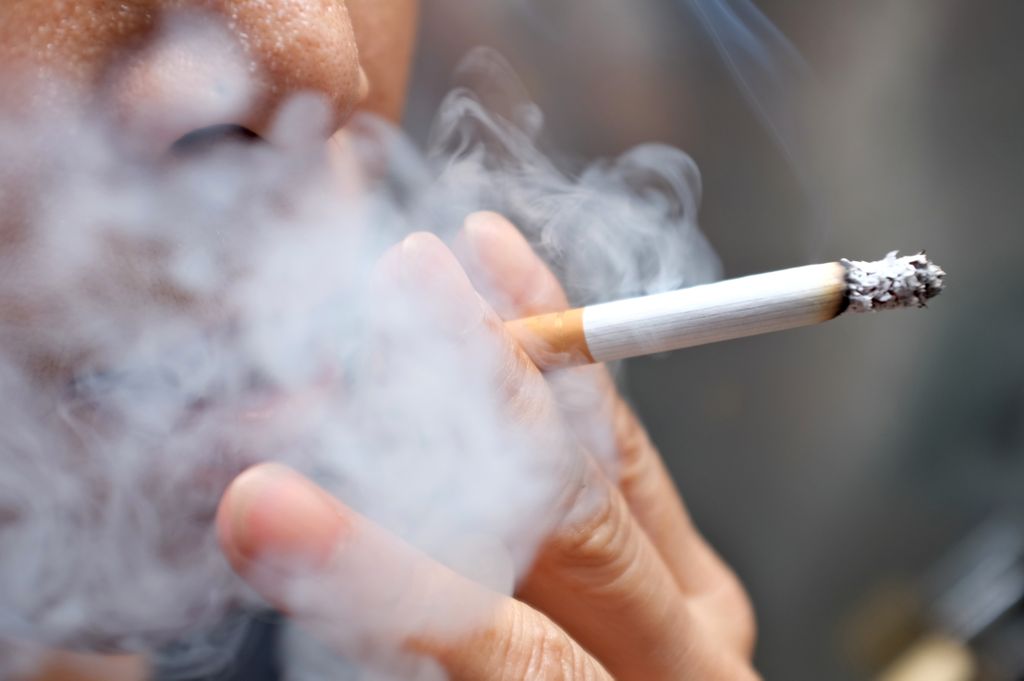 The study published today in the journal Environmental Health Perspectives.

“The hope is that we can better understand these effects for policymakers and the next generation of smokers,” said lead author Jacob Raber, Ph.D., professor of behavioral neuroscience in the OHSU School of Medicine. “Many people still smoke, and these findings suggest that the long-term health effects can be quite serious for people who are chronically exposed to second-hand smoke.”

The research examined daily exposure of 62 mice over a period of 10 months. Researchers used a specially designed “smoking robot” that went through a pack of cigarettes a day in ventilated laboratory space at OHSU. The longest previous study of this kind lasted three months.

“Nobody has done this, ever. This study is unique,” Raber said. “It really gives you the ability to look at long-term effects.”

Second-hand smoke is already considered a risk factor for dementia in people, but the new study put the theory to the test.

Researchers first divided mice into two groups – one wild-type and one expressing the human tau protein, important in Alzheimer’s-like dementia. Starting in April of 2018, they exposed mice to cigarette smoke for 168 minutes a day, then conducted behavioral and cognitive testing. They also examined lung and brain tissue.

Although smoking rates have declined in recent generations in some countries, smoking – and exposure to second-hand smoke – remains widespread in much of the world. The World Health Organization estimates 1.5 to 1.9 billion people worldwide will be smokers in 2025.

“Long-term exposure to second-hand smoke triggers detrimental changes,” Raber said. “Based on our study, it seems that males might be more susceptible than females. People should take that into consideration.”

Researchers at OHSU used a "smoking robot" to test daily exposure of mice to second-hand smoke over 10 months starting in April of 2018.