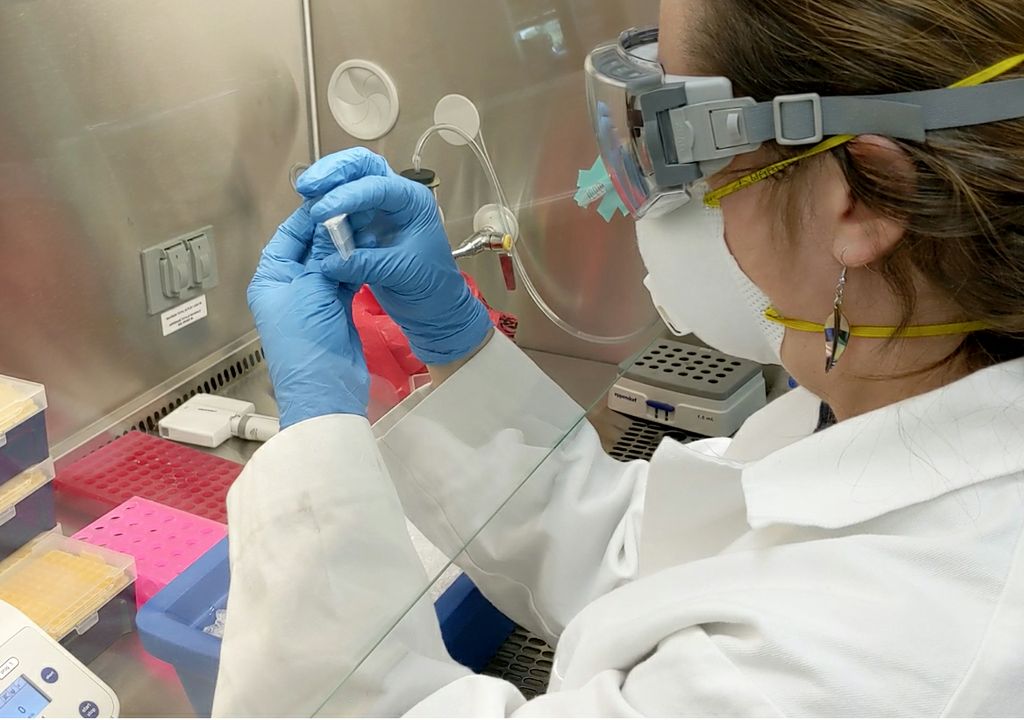 New investments from federal and state authorities will enable OHSU to ramp up the state's ability to continuously track virus variants across Oregon and Southwest Washington. (OHSU)

As the pandemic slowly recedes with vaccinations rising across the region, OHSU scientists will continuously monitor how the novel coronavirus spreads and potentially evolves. The goal is to quickly recognize the emergence of genetic variants that may be more contagious, deadly or evade existing vaccines.

“Oregon has been a leading state in tracking COVID-19 variants,” said Donna Hansel, M.D., Ph.D., chair of pathology in the OHSU School of Medicine. “By increasing our capacity to sequence virus genomes, we will enhance the state’s ability monitor the situation in real time – and meet OHSU’s mission to promote the health and well-being of Oregonians.”

The new initiative will benefit from direct collaboration with state and local public health authorities, said Brian O’Roak, Ph.D., an associate professor of molecular and medical genetics in the OHSU School of Medicine.

“The numbers are still high in Oregon,” O’Roak said. “Variants of concern are very high in the state. This new initiative will allow us to bring our sequencing data to bear on the public health response, by looking at how the uptake of public health measures like unmasking and vaccination rates affect viral dynamics.”

OHSU will have the capability to sequence as many as 650 virus genomes each week with two large awards from the Centers of Disease Control and Prevention and Oregon Health Authority. That’s a big jump, considering fewer than 8,000 genomes have been sequenced statewide since the onset of the pandemic.

The new contracts include the following:

“Over time, these contracts will enable us to keep tabs on what’s happening with the virus and how it’s evolving,” Hansel said. “This will help to reduce the risk of a virus that breaks through vaccines and leads to another increase in hospitalizations and death.” 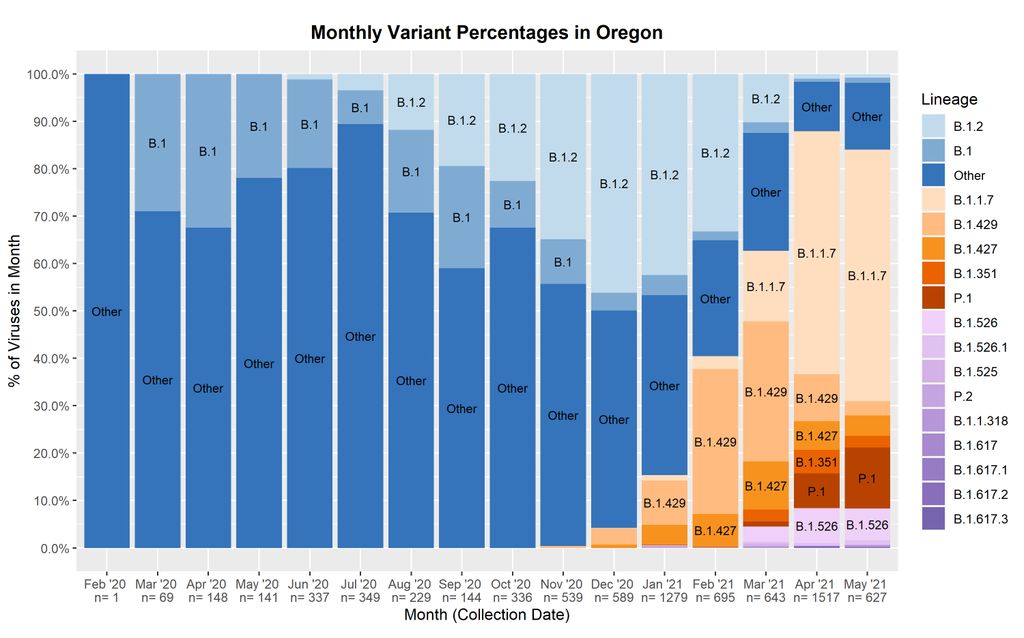 The primary goal of clinical testing is to determine whether or not a person is infected – yes or no. In the United States, a small proportion of positive virus samples have been fully sequenced. The proportion currently is about 3% in Oregon, with many states sampling less than 1%.

Genome sequencing is important from a public health perspective, to understand how the virus evolves and spreads in a community. Going forward, OHSU researchers and physicians say genome sequencing could become an increasingly important piece of information to help in the treatment of individual cases of COVID-19.

“With some of the antibody therapies, knowing which variants are present will influence the type of therapy a patient receives,” Hansel said.

Hansel led the creation of OHSU’s in-house COVID-19 testing lab in March of 2020, at a time when commercial labs were overwhelmed and unable to consistently provide basic COVID-19 test results in a timely fashion.

“Before this pandemic, we didn’t have a molecular microbiology lab at all,” said Guang Fan, M.D., Ph.D., associate medical director for OHSU laboratory medicine. “As soon as we had the first case in Oregon, I got a phone call from Donna. She said we need to set up a lab. At that time, we didn’t have a penny – nothing. I asked, ‘How?’ and she said we will figure this out.”

“These were visionary decisions that helped OHSU clinicians and researchers lead the fight against the pandemic in Oregon,” Fan said.

The partnership brings together OHSU’s research and clinical missions to track the spread of variants across the region and ramp up the ability of clinicians to treat individual cases. As part of the expanded scope of work, OHSU will begin large-scale sequencing of viral genome samples in the molecular microbiology lab from virus samples in its own clinics, samples referred from Oregon Health Authority, as well as Kaiser Permanente’s network of hospitals and clinics around Portland.

Tracking the variants will be crucial in the weeks and months to come, said Xuan Qin, Ph.D., OHSU director of clinical microbiology and a professor of pathology in the OHSU School of Medicine.

“We have already seen variants squeezing out the wild-type original strain of the virus,” Qin said. “Should we take off masks? Take off social distancing? Are we out of the woods yet? This is the clinical unknown.”

The ultimate goal is to drive the virus into submission by cutting off its ability to spread and evolve, said Bill Messer, M.D., Ph.D., assistant professor of molecular microbiology and immunology, and medicine (infectious diseases) in the OHSU School of Medicine.

“What matters at the end of the day is case counts,” Messer said.

As the state’s academic health center, OHSU has taken on a public health role throughout the pandemic to track, test, treat and ultimately prevent the spread of the virus.

New investments from federal and state authorities will enable OHSU to ramp up the states ability to continuously track virus variants across Oregon and Southwest Washington. (OHSU)