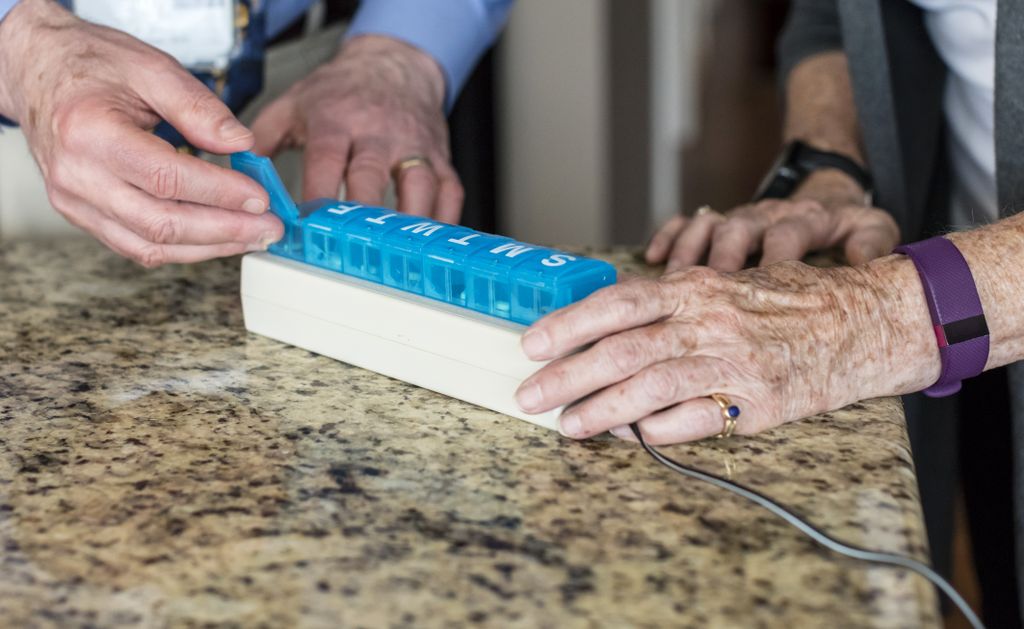 Oregon Health & Science University is one of five universities nationwide to form a new National Science Foundation-funded institute to design and build intelligent systems to help people age in place.

The five-year, $20 million grant will support the creation of an AI Institute for Collaborative Assistance and Responsive Interaction for Networked Groups, or AI-Caring. The institute will develop artificial intelligence systems that work for aging adults, including those diagnosed with mild cognitive impairment, and their caregivers.

Most older adults prefer to remain in their own homes. But safety concerns, medication schedule and isolation can all make it difficult for them to do so.

The work builds on a model OHSU established more than a decade ago through its Oregon Center for Aging and Technology, or ORCATECH. In this research, participants agree to permit the ORCATECH system to collect unique life data in their homes, using an array of sensors to assess changes in gait, sleep and overall activity. It also includes a “MedTracker” electronic pill box as well as a scale to measure weight, body fat and pulse.

“Our project is focused on assisting people to age independently and in particular people who might develop cognitive impairment later in life,” said OHSU site leader Jeffrey Kaye, M.D., director of the OHSU Layton Aging & Alzheimer’s Disease Center. “ORCATECH has unique datasets that will allow the new institute to develop and create advanced artificial intelligence algorithms to help people age in place.”

OHSU has developed terabytes of privacy-protected data that will be useful for the new institute.

“We’re very honored and pleased to be partners in this national effort,” Kaye said. “We look forward to collaborating with other investigators, who will help advance our home assessment platform and the artificial intelligence. The goal is to make better diagnoses and ultimately mediate disabilities in aging.”

Given the staggering costs of long-term care services for people who can no longer live independently, estimated to top $1 trillion by 2050 to care for those with Alzheimer’s disease, Kaye said the new institute is an important step toward developing solutions.

“Our goal is to create systems that help people take care of people,” said Beth Mynatt, director of the Institute for People and Technology at Georgia Tech, the lead institution for the new project. “Care can be a complicated task, requiring coordination and decision-making across family members managing day to day demands.”

Aside from OHSU and Georgia Tech, the institute will include faculty from Carnegie Mellon University, Oregon State University and the University of Massachusetts Lowell. Amazon and Google are industry sponsors.

‘Life lab’ a national model for research into aging in place