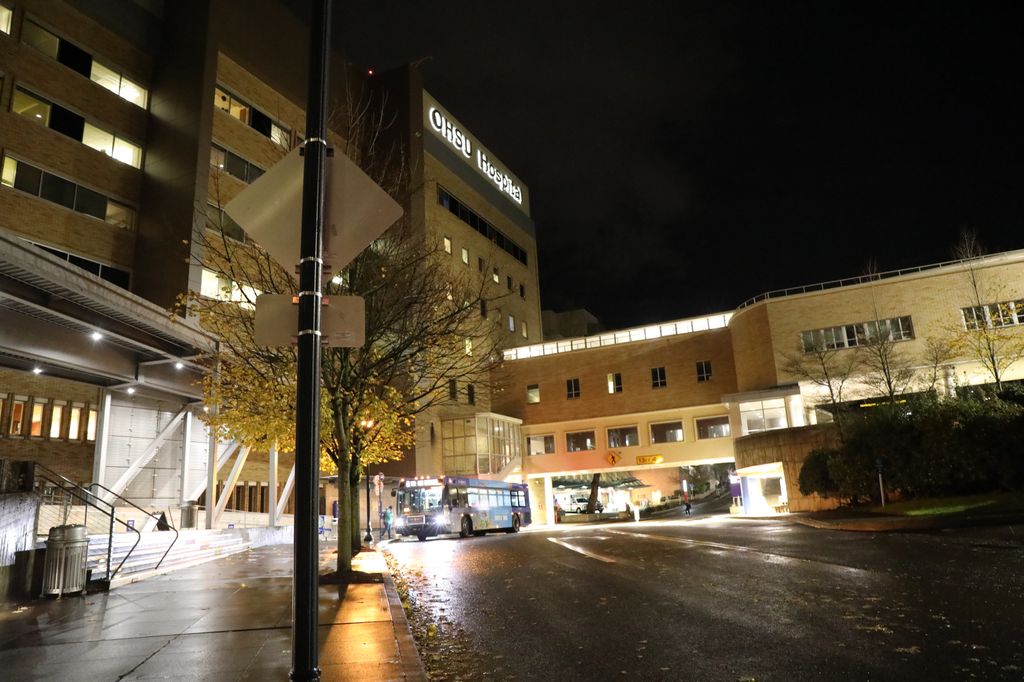 The number of people hospitalized with COVID-19 in Oregon will continue its sharp descent as the coronavirus finds an ever-dwindling pool of susceptible people, according to the latest forecast from Oregon Health & Science University.

A total of 404 people remained hospitalized with COVID-19 in Oregon as of Thursday, March 3, according to the latest figures from the Oregon Health Authority. That’s well ahead of previous projections and likely reflects the fact that the highly contagious omicron variant is finding fewer people who remain susceptible to severe illness.

The new forecast projects hospitalizations will fall to 300 by March 18.

Graven expects hospitalizations to continue falling as the omicron variant finds fewer and fewer people who haven’t already been infected, vaccinated or both. Recent laboratory findings from OHSU found that the combination of vaccination and infection generates a form of “super immunity” against subsequent exposures to the SARS-CoV-2 virus.

The new OHSU forecast estimates about 13% of Oregonians are still susceptible, either because they haven’t been recently infected or vaccinated, or because their previous immunity has waned. But Graven said that’s not enough to generate another big surge in illness severe enough to land someone in a hospital bed.

At least until another variant emerges that breaks through existing immunity, Graven said he doesn’t currently foresee another wave of severe illness on the horizon.

Graven said the faster-than-expected drop in hospitalizations and reported infections over the past month likely suggests that a sizable proportion of Oregon’s population has already been exposed to the virus. The precipitous decline in cases and hospitalizations means the virus is running out of susceptible hosts, he said.

Graven estimates roughly two-thirds of Oregon’s population has been infected at some point, including those who had a breakthrough infection after vaccination.

“We’ve created a large buffer of people who have already had it,” he said.

Today’s forecast comes a little more than two years to the day after the first confirmed infection in Oregon on Feb. 28, 2020, when Graven began forecasting the trajectory of the expected impact of the pandemic on the OHSU Health system.

Those initial forecasts crystallized the impact in a way nothing else had.

“It scared me to death,” Renee Edwards, M.D., M.B.A., senior vice president and chief medical officer for OHSU Health, said then. “We were already preparing for the pandemic, but we were talking in generalities. Peter’s model made COVID-19 an absolute stark reality. It gave us a timeframe and brought everything into focus.”

For his part, Graven has been gratified by Oregonians who responded to the projections by taking public-health measures seriously and keeping hospitalizations relatively low in Oregon compared with other states.

However, he’s also acutely aware of the costs.

“Those lines going up and down on the charts represent people in the hospital and lives lost,” he said. “I do have a sense of pride in how Oregonians managed through this pandemic, while recognizing the economic and personal sacrifices we’ve all had to make to save lives.”

The omicron peak fell just behind the pandemic high of 1,178 people hospitalized during the peak of the delta-driven wave on Sept. 1, 2021.