Marc Freeman emphasizes value in training early-career neuroscientists to make their own impact in the field
By Erik Robinson July 07, 2022 Portland, Oregon 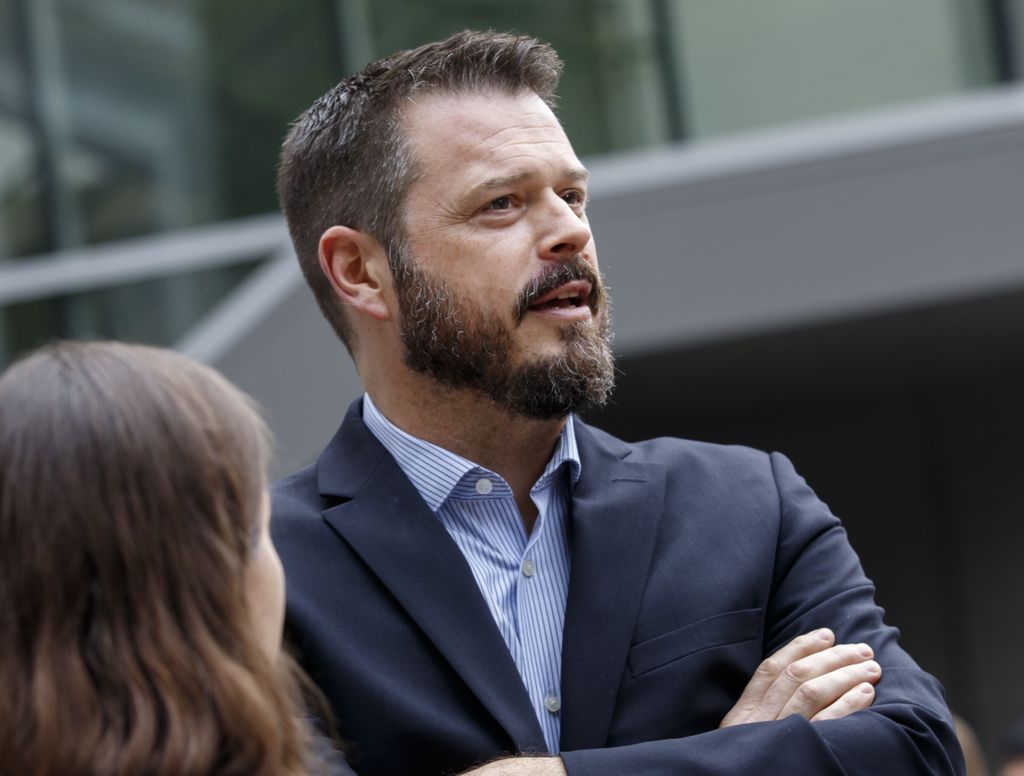 As director of one of the nation’s leading neuroscience research institutes — the Vollum Institute at Oregon Health & Science University — research scientist Marc Freeman, Ph.D., has achieved numerous distinctions throughout a career rich in discoveries published in the world’s leading scientific journals.

Yet, he says that his greatest lasting influence may be in his postdoctoral researchers and other trainees who move on to advance scientific discovery in their own laboratories.

That commitment to the next generation of scientists was recently recognized with a Landis Award for Outstanding Mentorship from the National Institute of Neurological Disorders and Stroke (NINDS). The trainee-nominated award comes with $100,000 to support continuing efforts to foster the career advancement of early-career scientists.

Freeman, director and senior scientist leading his own lab in the OHSU Vollum Institute, is one of six award winners across the country in 2022.

“Sending good trainees out in the world is one of the most impactful things that a PI in basic science research can do,” Freeman said.

Award recipients are nominated by trainees, and in Freeman’s case, the steering committee cited his “exceptional contributions as a mentor, demonstrable dedication to diversity and inclusion, the rigorous quality of your work, and the notable impact you have had on your trainees.”

Freeman, whose own lab focuses on the function of neurons and glial cells in the central nervous system, said he is gratified by the award.

“Research scientists don’t get a lot of payoffs in terms of quick satisfaction,” he said. “We toil away in the lab, writing grants and publishing papers eventually. All of that has a shelf life. Trainees are different, and they’re special.”

Leire Abalde Atristain, Ph.D., hired as a postdoctoral fellow in Freeman’s lab in 2019 after earning her doctorate from Johns Hopkins University, was among a group of trainees who nominated Freeman for the award.

“I applied for a position in Marc’s lab not only because I found his lab’s work innovative, elegant and inspiring, but also because everyone I had spoken to had given me nothing but praise about his dedication as a mentor,” she said. “It is because he cares so much about the people he mentors that Marc can provide them with extraordinary training and career support.”

Freeman also recognizes that the OHSU Vollum Institute has a track record, predating his tenure, in emphasizing the training of neuroscientists early in their careers. OHSU and the Vollum’s Neuroscience Graduate Program has been in place for 30 years, supporting predoctoral students and faculty exploring career paths in academic or industry research.

“That was one of the things that drew me to the Vollum,” Freeman said. “They took their training programs very seriously.”

Freeman became director of the Vollum Institute in 2016, moving from the University of Massachusetts Medical School, where he had started his own laboratory in the Department of Neurobiology in 2004. He previously carried out his doctoral training in the laboratory of John Carlson, Ph.D., at Yale University, where he studied olfaction in fruit flies. Later, he trained as a postdoctoral associate studying embryonic neurogenesis in fruit flies with Chris Doe, Ph.D., at the University of Oregon.

The Landis Award has been presented each year since 2018 by NINDS, an agency under the National Institutes of Health.

“Strong, effective mentorship is critical for preparing the next generation of neuroscientists to do outstanding, important science. With the Landis Award for Outstanding Mentorship, NINDS is recognizing the exceptional commitment of the awardees to the growth and development, both scientific and professional, of their mentees,” said Stephen Korn, Ph.D., director of the NINDS Office of Training and Workforce Development. “Moreover, these Landis awardees have been leaders and role models for fostering diversity of the scientific workforce, both through their individual mentorship and institutional activities that promote both recruitment and inclusion of a diverse population of trainees and faculty.”

Previous Story Nanoparticle technology could be new, non-invasive treatment for endometriosis Next Story One-time gene therapy injection could provide HIV treatment that may last a lifetime

Study in Nature documents role of glial cells in brain