A postpartum cancer diagnosis can move women who appear to have good prognosis into a high-risk category
By Joe Rojas-Burke October 14, 2022 Portland, Oregon 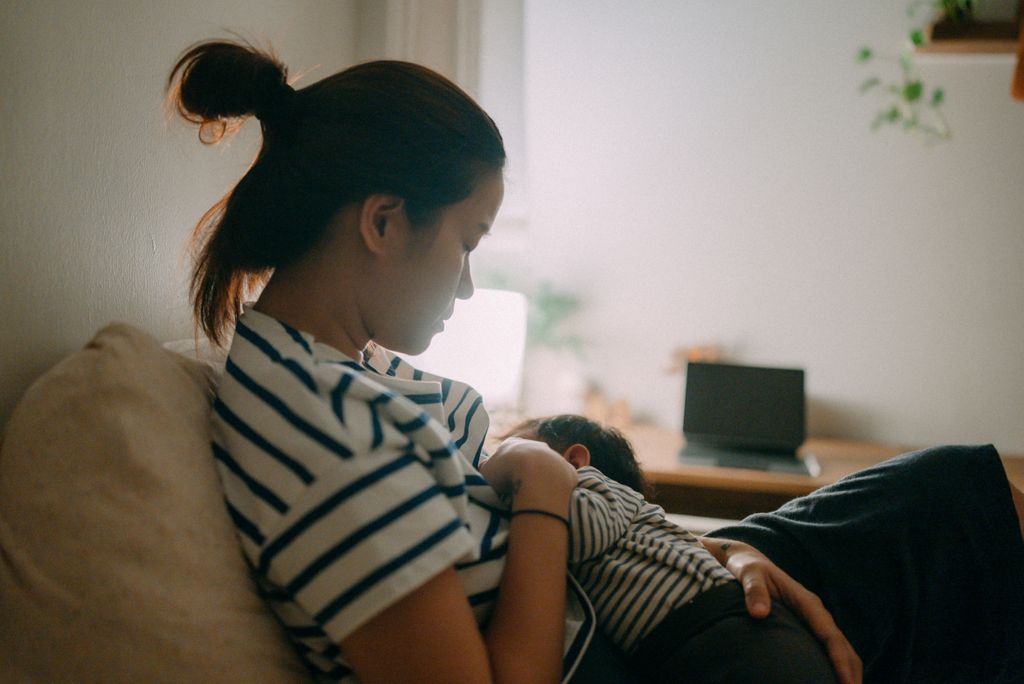 Breast cancers that emerge within five years of giving birth are more likely to spread and become deadly. Additionally, a new study shows that recent childbirth alone is an independent risk factor for breast cancer progression.

The findings suggest that current clinical guidelines, which don’t factor in postpartum status, are less able to accurately predict the risk of cancer recurrence and guide optimal treatment strategies in young patients.

“This has profound implications for prognosis,” said senior author Pepper Schedin, Ph.D., professor of cell, developmental and cancer biology in the OHSU School of Medicine and OHSU Knight Cancer Institute. “A postpartum diagnosis can move women who appear to have good prognosis into a high-risk category.”

The researchers were able to confirm the link between pregnancy and breast cancer outcomes using the extensive Utah Population Database, in collaboration with Ken Smith, Ph.D., co-senior author of the paper and a distinguished professor of family studies and population science at the Huntsman Cancer Institute at the University of Utah. The database combines statewide birth and death records, Utah Cancer Registry data, and patient records from statewide inpatient and ambulatory records.

The final study included 2,970 subjects with breast cancer diagnosed at age 45 or younger, including 860 who never experienced childbirth. Those who had given birth were categorized based on time from most recent delivery: diagnosed within less than five years, five to less than 10 years, or 10 years or longer from childbirth.

The risk of metastasis — cancer spreading to other organs — was 50% higher among those diagnosed within five years of giving birth, as was the risk of breast cancer-specific death, compared with those who had not given birth. And these increased risks of metastasis and death were independent of tumor stage or estrogen receptor status — factors used now to judge how aggressive a cancer is likely to be, and to decide which treatments are appropriate.

“That does not fit with everything we thought we knew about ER-negative disease,” Schedin said.

In earlier research, Schedin and colleagues discovered how changes in the breast after childbirth can alter the development of breast cancer. At the end of lactation, most of the milk-secreting cells undergo programmed cell death in a process called involution. It is an inflammatory process that resembles wound healing, and in studies using mouse models, Schedin’s lab revealed how involution creates a tumor-promoting environment. Using samples from breast cancer patients, the researchers found evidence that involution leaves a lasting imprint in the pattern of gene activity in breast tissue that could help tumors metastasize.

Schedin’s team has also shown in mouse studies that as the liver recovers from the demands of pregnancy and lactation, it becomes an inviting landing spot for escaping cancer cells to take root and grow. Similar processes appear to occur in women’s livers after childbirth. The new study found high rates of metastasis to the liver among those diagnosed within five years of childbirth.

“It’s a two-hit problem,” Schedin said. “Involution causes early tumor cells to get out of the breast. And those cancer cells find the liver to be a great host to establish metastatic tumors.”

Factoring in postpartum status should help clinicians make more accurate predictions about breast cancer aggressiveness and guide treatment decisions, such as the need for chemotherapy after surgery to remove tumors. The knowledge might even enable new and more effective treatment strategies, Schedin said.

Knowing that postpartum cases show a distinct signature of gene expression, it may be possible to develop treatments that specifically target signaling pathways active in postpartum cancers.