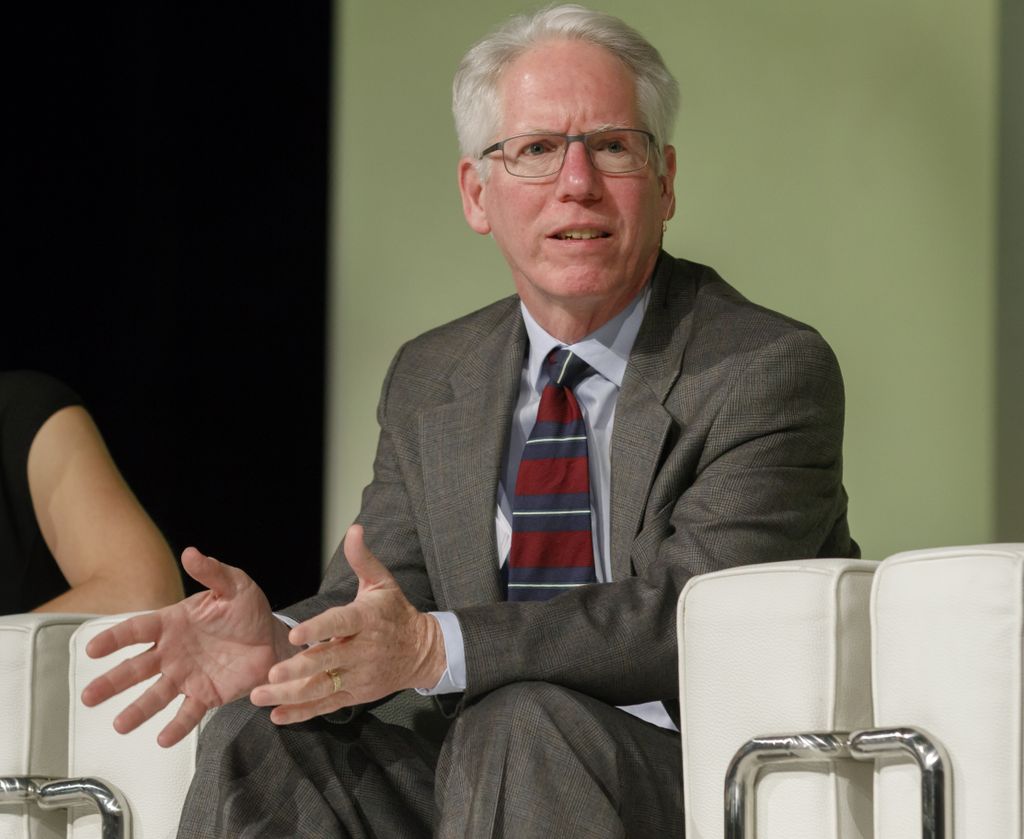 Dennis McCarty, Ph.D., participates in a panel discussion on opioids, November 8, 2017. McCarty is a co-author on a paper that traces the painkiller's use back to the 1930s, and calls for the medical community to better serve patients struggling with opioid use disorder. (OHSU/Kristyna Wentz-Graff)

Efforts to reverse the nation’s opioid epidemic remain beset by the stigma associated with drug use, a group of OHSU researchers write in a year-end review.

The stigma continues despite the fact that more than one-third of the American population used prescription opioids as of 2015, the authors report. With an estimated 60,000 drug overdose deaths in 2016 alone, the researchers emphasize the need for the American health care system to embrace medications such as methadone to treat opioid use disorder, provide addiction treatment in primary care clinics and develop non-addictive alternatives for chronic pain.

“Opioid prevention and treatment efforts in the United States remain constrained and consequently stigmatized by a legacy of federal restrictions, an unwillingness to acknowledge idiopathic addiction, and a lack of science-based interventions for chronic pain,” the authors write.

The article will publish online in the forthcoming volume of the Annual Review of Public Health.

The review traced the treatment of opioid use disorder in the United States dating back to the 1930s, with particular focus beginning with the widespread prescribed use of opioids to address symptoms of chronic pain in the 1990s.

“The lessons learned in the first two decades of the new century have been hard learned and painful,” they wrote. “Systems of prevention and care need to embrace evidence-based therapies and require integrated primary and specialty care to better serve patients struggling with opioid use disorder.”

The Annual Review of Public Health covers significant developments in the field of public health, including key developments and issues in epidemiology and biostatistics, environmental and occupational health, social environment and behavior, health services, and public health practice and policy.

Kelsey Priest, M.P.H., and an M.D./Ph.D. student in the OHSU School of Medicine and OHSU-PSU School of Public Health. (OHSU)