Fake, but gruesome injuries up the ante in health care simulation 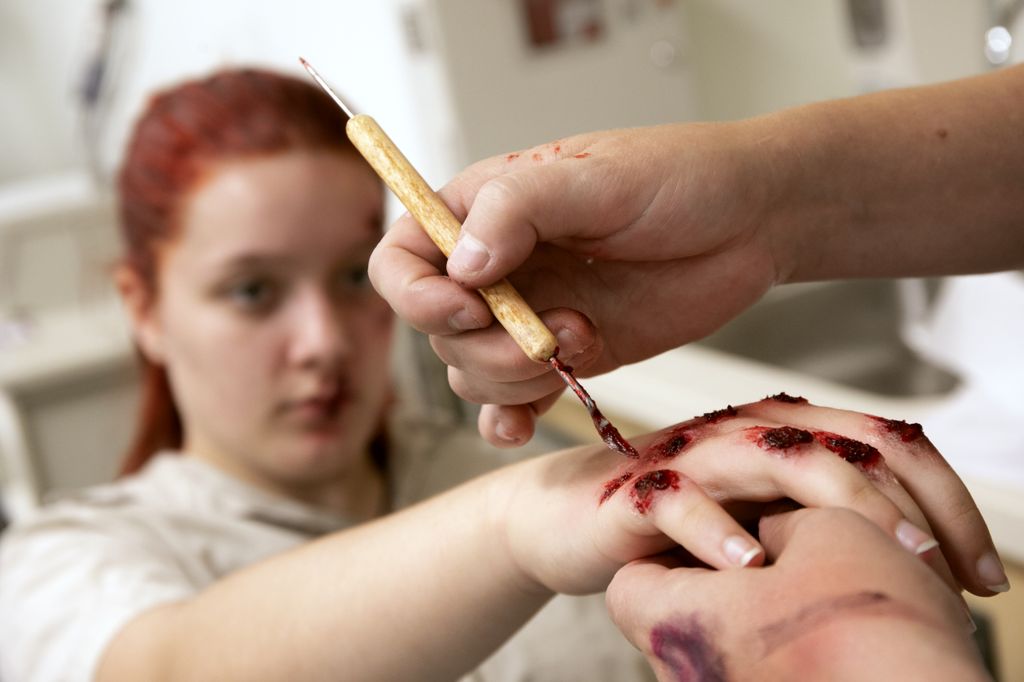 Bloodied, torn-up knuckles and an inflamed split lip seemed like the tell-tale signs of a heated fist fight.

Or at least that’s what Lish Robinson, OHSU’s lead simulation operations specialist, wanted the physicians who participated in an advanced trauma course last week to think.

The gruesome injuries were actually the result of moulage, which combines hand-crafted silicone prosthetics with the talented application of theatrical makeup to enhance medical training. Moulage injuries can include compound fractures – complete with a fake bone protruding through silicone flesh – bleeding bullet wounds and diabetic foot ulcers.

“The more realistic the moulage, the more our learners become invested in a training scenario and ultimately become better prepared to treat patients in real life,” said Robinson, who has perfected her moulage skills during the past six years after initially becoming interested in theater makeup during high school and college.

OHSU specialists such as Robinson apply moulage to actors and manikins portraying patients before physicians, nurses and others who receive training at OHSU’s Mark Richardson Interprofessional Health Care Simulation Center in Portland. They also create silicone pads that simulate skin to help learners refine a particular task, such as suturing a cut.

“The goal is to achieve psychological fidelity, or create enough gore to raise their blood pressure,” added Robinson, who is certified by the Society for Simulation in Healthcare. “We go to great lengths to make sure providers see the same as what they would experience with real patients. Learners often come back and thank me for how lifelike a wound looked, sometimes saying they forgot they were in a training.” 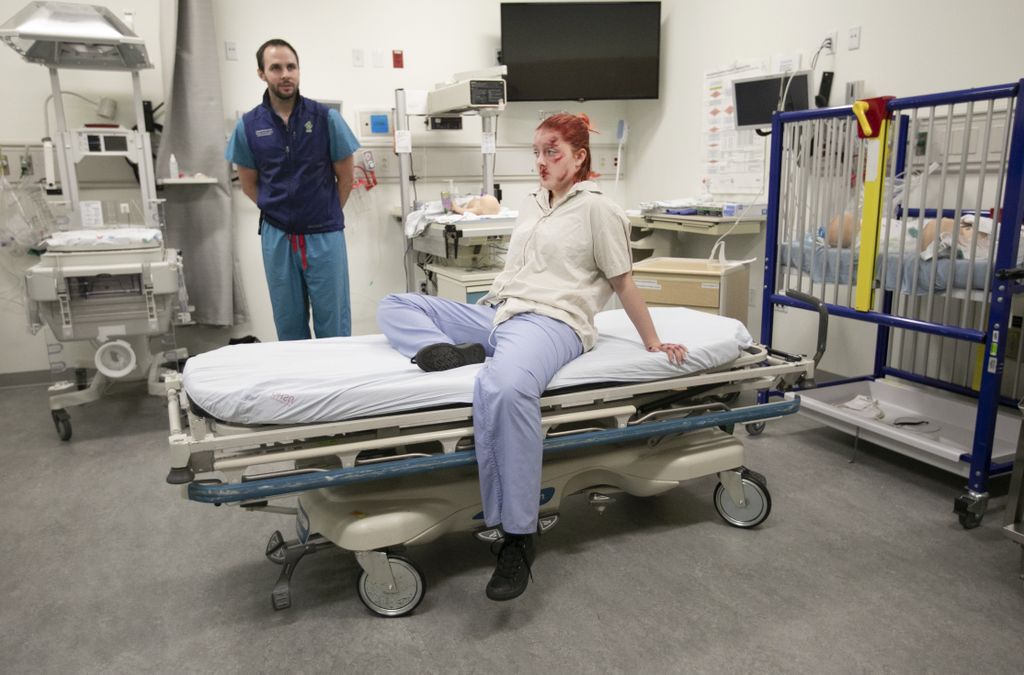 “There’s nothing as stressful as having a real patient before you, but encountering quality moulage can truly affect you, too,” Cook said.

Moulage is part of a larger field known as health care simulation, which enables providers to refine how they care for patients without placing actual patients at risk. OHSU offers its students and staff a variety of simulation opportunities, which range from examining actors hired to portray patients to practicing new surgical procedures with computerized equipment.

“Practice can make perfect, and authentic simulation helps doctors, nurses and other health care providers perfect their skills within the safe confines of a training environment,” said Donn Spight, M.D., associate professor of surgery in the OHSU School of Medicine and medical director of OHSU Simulation. “Moulage and other medical simulation tools prepare us to provide our patients the best possible care.”