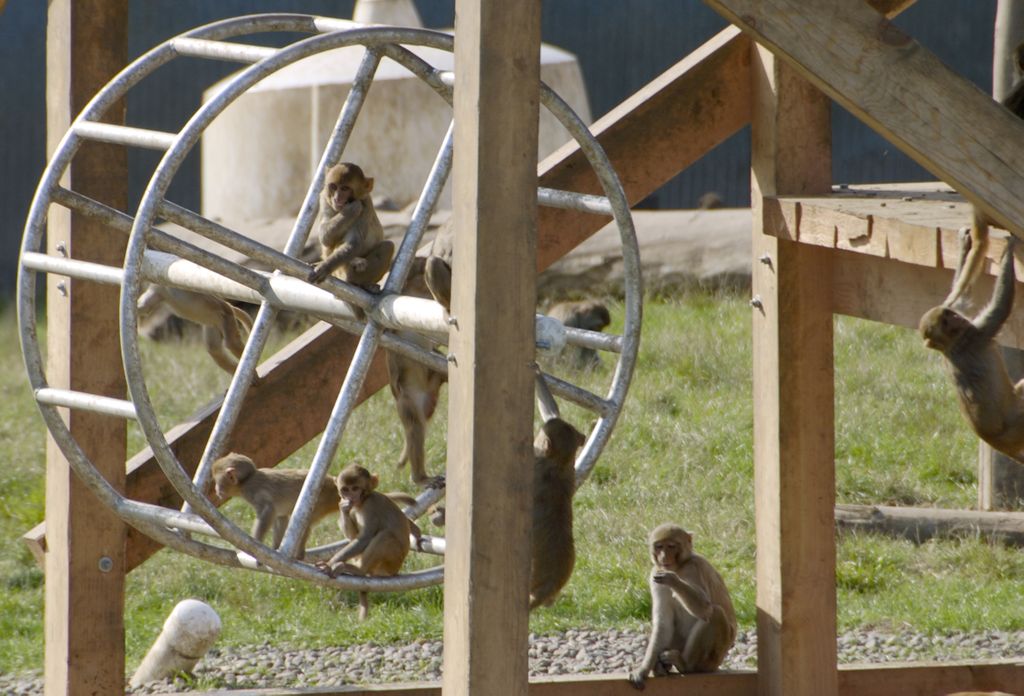 Scientists at the Oregon National Primate Resource Center are working to sequence the genomes of 2,000 rhesus macaque monkeys, creating an online database to aid in the study and treatment of human genetic diseases. (OHSU)

Scientists at the Oregon National Primate Research Center at OHSU are working to sequence the genomes of 2,000 rhesus macaque monkeys. While this may not seem compelling at first glance, the findings have revealed that monkeys inherit many of the same diseases that afflict humans. Because macaques share a similar genetic makeup to people, this new resource is a boon for the study and treatment of human genetic diseases.

Betsy Ferguson, Ph.D., the initiative’s principal investigator, will present an overview of the initiative on Oct. 15-16, as part of the Rare Disease and Orphan Products Breakthrough Summit hosted by the National Organization for Rare Disorders in Washington, D.C.

“Researchers can go to this database and identify monkeys that have the exact same mutation that humans do,” Ferguson said. “By improving our understanding of rare diseases, we expect that our findings will lead to new treatments or even prevention of some inherited diseases.”

Halfway through the groundbreaking initiative, funded through a $4 million grant from the National Institutes of Health in 2016, scientists have already identified thousands of genetic variants that are identical to those known to cause human disease.

That’s a big deal in light of the rapid advancements in gene therapy technologies.

“Ten years ago, our findings wouldn’t have the same impact, because we didn’t have the technology in place to address disease-causing mutations,” Ferguson said. “Now, we do.”

Ferguson, an associate professor of genetics at the primate center and of molecular and medical genetics in the OHSU School of Medicine, said the macaque genotype database will be especially useful for scientists ready to take the next steps in advancing gene therapy, stem cell therapy and other state-of-the-art technologies. For many rare diseases, the discovery of natural primate models is a game changer and will be key to the development of life-saving therapies. Already, the initiative has drawn interest from scientists at 50 research institutions around the world.

By mapping the genome of 2,000 macaques, the project is already enabling researchers to identify and study subjects that have genetic risk factors similar to those found in humans. For example, researchers at ONPRC have already discovered more than 2,800 alleles identical to those associated with human disease. Researchers have identified macaque mutations that implicate 1,600 potential genetic disease models, including vision loss, neurodegenerative disease, developmental disorders, metabolic disorders and more.

Recently, Ferguson and ONPRC colleagues published a study documenting a population of Japanese macaques that carry a mutation in a single gene that causes Batten disease, a deadly childhood neurodegenerative disorder.

Ferguson credited that discovery to the fact that the ONPRC possesses a unique blend of pedigree records spanning multiple generations of macaques; a comprehensive DNA bank; extensive electronic health records; advanced imaging facilities; and experts that include a collaborative team of researchers, veterinarians, and geneticists. Collectively, the group is amassing an unprecedented genetic database and are actively identifying natural primate models of rare human diseases.

“We’ve got the perfect combination of rich primate resources, state-of-the-art technology and scientific expertise,” Ferguson said, “and together it has enabled us to build an unprecedented primate genetic database to deploy to the biomedical community.”

The project is supported by National Institutes of Health grant R24OD021324.