Oregon National Primate Research Center also will use grant to study impact of alcohol on COVID-19
By Erik Robinson October 01, 2020 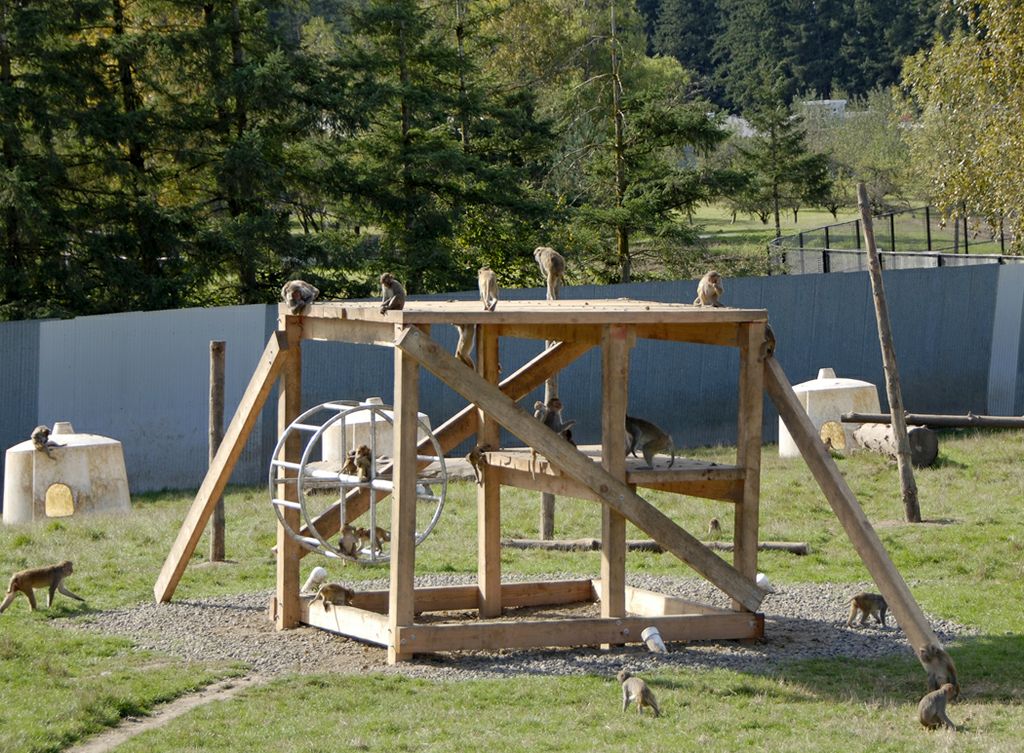 The Oregon National Primate Research Center has received $2.4 million in federal funding to improve scientific understanding of alcoholism, including a new initiative to analyze the effects of heavy alcohol drinking in COVID-19 infections. (OHSU)

The grant will enable OHSU to extend landmark research involving nonhuman primates to understand the brain-body connections that underlie alcoholism and target potential treatments. Further, the new funding enables a new collaboration between neuroscientists and immunologists to analyze the effects of heavy alcohol drinking in COVID-19 infections.

“Because we’ve already established a unique model that’s dedicated to understanding the effect of chronic heavy drinking on the whole body, this grant can now address how chronic drinking may increase the morbidity of COVID-19,” said Kathleen Grant, Ph.D., professor and chief of the Division of Neuroscience at the primate center. “For example, we can isolate the effect of alcohol use to diminish lung capacity and then identify increased risks for COVID-19 infection and damage.”

Overall, the new funding extends decades of research establishing that rhesus macaques are much like people in their predisposition to seek or avoid the intoxicating effects of alcohol.

Researchers have discerned a wide range of behaviors among macaques, including some that choose not to drink at all. Those monkeys that do choose to daily drink heavy amounts of alcohol (eight to 16 drinks per day) have helped uncover new insights about the brain and alcohol.

The animals are monitored closely by experienced researchers and veterinary specialists trained to care for nonhuman primates.

Recent findings have demonstrated how drinking in late adolescence stunts brain growth and impairs cognitive function. In addition, OHSU scientists have used magnetic resonance imaging and cognitive tests to map activity in regions of the primate brain associated with behavior that is more habitual compared with other areas that are activated during more contemplative thinking.

This habitual pathway, anchored in the sensory motor portion of the brain’s cortex, appears to be especially active among rhesus macaques that voluntarily consume large volumes of alcohol throughout the day – the human equivalent of chronic, heavy drinkers.

“We find that that pathway becomes more entrenched and alcohol reinforces activation of those pathways by altering their excitatory balance,” Grant said. “It’s a predisposition, but it’s also a consequence.”

Scientists are studying differences in age, sex and genetic makeup to discern differences in alcohol use. Grant said she expects the research will lead to the development of new therapies targeting specific areas of the brain to break the cycle of habitual behavior.

“I think we’ll be at the point within 10 years of being able to direct gene-based therapies specifically to those areas of the brain,” Grant said.

In the United States, the number of alcohol-related deaths is estimated at 1 million since 1999 and is on the rise, doubling from 1999 to 2017, according to estimates compiled by the National Institute on Alcohol Abuse and Alcoholism. The estimated worldwide annual death toll is 3.3 million.

A new report, issued today by the U.S. Centers for Disease Control and Prevention, finds that the rate of U.S. deaths from alcohol accelerated by 43% from 2006 to 2018, the last year available.