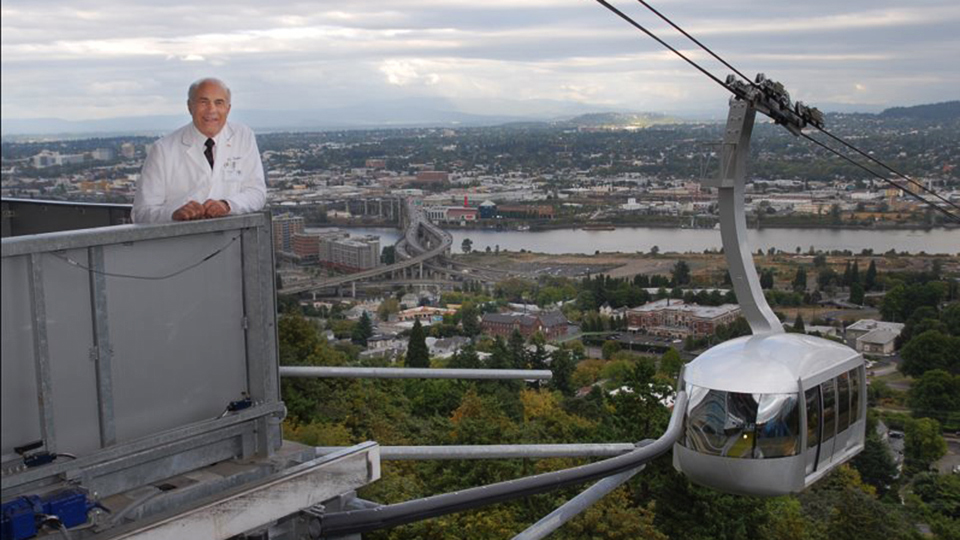 “The School of Dentistry lost a leader, mentor, teacher and friend last week,” said Ronald Sakaguchi, D.D.S., Ph.D., M.B.A., dean of the OHSU School of Dentistry. “Many of the programs available at the school today were initiated and built by Dean Clinton. He was a dedicated promoter of dentistry in the Pacific Northwest, a dynamic leader of the school, and a compassionate instructor and mentor. We will miss him greatly.”

Clinton served as the dean of OHSU School of Dentistry from 2004 - 2012. He helped coordinate the dental school’s transition from its location on Marquam Hill into the Skourtes Tower on OHSU’s South Waterfront Campus. Clinton served on the Blue Ribbon Panel that recommended the school construct a state-of-the-art facility on the South Waterfront, and was instrumental in securing significant donations from Bonnie and Eugene Skourtes, D.M.D.; corporate advocates ODS; A-dec, Inc.; and, the dental community.

Clinton's leadership and service were highly regarded within the school, the dental community and beyond. He graduated from the University of Oregon School of Dentistry (now OHSU) in 1964 and was hired on as a clinical instructor. Prior to becoming the dean in 2004, Clinton served as interim dean and held numerous positions, including associate dean for clinical affairs and associate dean of student affairs.

Other career highlights include serving as director of the Dental Careers Institute, on the Oregon Board of Dentistry, and as a consultant for the American Dental Association's Commission on Accreditation. Clinton was also an early practitioner and educator on Four-Handed Dentistry, or Dental Auxiliary Utilization.

Clinton created and supported many key programs for which he will be remembered. These include the creation of the Dental Careers Institute for those considering a career in dentistry, implementing D.M.D. group practice clinics named after the Portland bridges, the White Coat Ceremony, student outreach rotations, the General Practice Residency, the Hospital Dental Service, and the adoption of the axiUm electronic dental record.

Clinton is survived by his wife of 60 years, Mary, his daughter, Susan (Wayne), his son, John (Jenelle), and three grandchildren, Jake, Brooke and Jordyn.  His family is planning a celebration of life to be held this spring.