OHSU 2022 accomplishments: The year in review

As the year 2022 draws to a close, it’s worth pausing to reflect on a historic era
December 28, 2022 Portland, Oregon 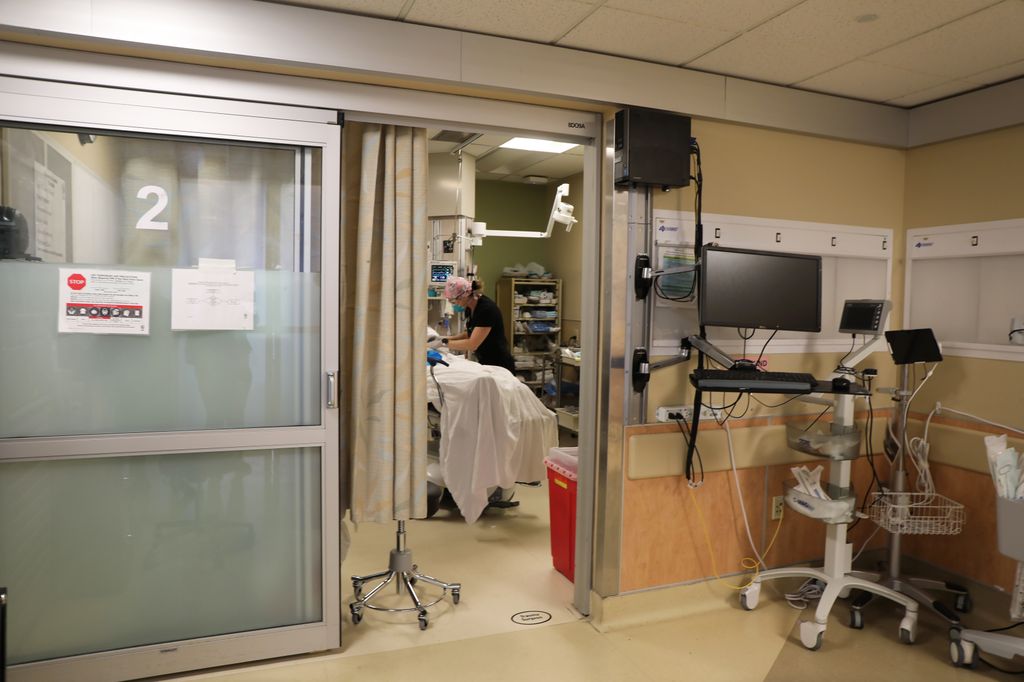 Throughout 2022, the OHSU emergency department treated thousands of patients who have COVID-19 and more. (OHSU/Christine Torres Hicks)

No sooner had Oregon Health & Science University emerged from the COVID-19 pandemic than the university faced unprecedented financial challenges affecting health care systems nationwide, followed by a renewed surge of patients sickened by respiratory viruses that roared back this fall.

OHSU clinicians, scientists, staff and students in Oregon’s academic health center overcame one challenge after another in keeping their focus on the university’s mission to improve the health and wellbeing of people in Oregon and beyond. In 2022, they continued to deliver exceptional care for patients — again recognized by U.S. News & World Report as the best adult and children’s hospitals in Oregon — while also ramping up new investments in educating the next generation of health care workers and generating innovations to advance human health.

“Great people rise to meet formidable challenges,” said OHSU President Danny Jacobs, M.D., M.P.H., FACS. “Time and again, our members remained steadfast in treating Oregon’s sickest and most vulnerable patients, making important scientific discoveries and educating a new generation of health professionals — all while enduring a century’s worth of adversity in the span of just a few years.”

In the face of these challenges, OHSU demonstrated leadership across a broad swath of issues — from climate action to firearms injury prevention to developing a hair-raising simulator to train America’s next generation of neurosurgeons. In addition, the university is leading development of a new statewide Behavioral Health Coordination Center, continuing OHSU’s leadership role in coordinating information sharing among health care partners across the state in order to optimize limited resources and best serve patients.

Following is a sampling of OHSU’s innovations and accomplishments over the past year:

OHSU started the year by adapting to a surge of illness from the omicron variant of the SARS-CoV-2 virus. Weekly forecasts from OHSU data scientist Peter Graven, Ph.D., helped in managing hospital capacity at OHSU and across Oregon heading into 2022. By the end of the year, beginning with a public health emergency declared by Gov. Kate Brown on Nov. 14, OHSU managed through a resurgence of influenza and respiratory syncytial virus, or RSV, that hospitalized scores of people including children.

Throughout the year, OHSU clinicians and scientists implemented clinical innovations while shedding new light on the SARS-CoV-2 virus:

In August, the OHSU School of Medicine held its first regularly scheduled in-person White Coat ceremony since the pandemic, celebrating a diverse class of medical students entering this fall.

In addition, OHSU demonstrated statewide and national leadership in addressing an epidemic of illicit drug use that claimed 107,000 lives from overdoses nationwide in 2021, the last full year measured. In June, OHSU hosted a roundtable discussion for media to call attention to the danger to young people from fentanyl surging into the state. Over the past year, OHSU addiction medicine specialists raised alarm and called out shortcomings in access to treatment in Oregon and nationwide, precipitating action at the federal level. Further, OHSU leaders promoted widespread access to naloxone to save lives while expanding low-barrier access to treatment to every corner of Oregon through a virtual model.

Throughout the year, OHSU clinicians and scientists generated new discoveries while serving as a backstop for patients throughout the region for high-level trauma, the rarest types of disease and cutting-edge treatments available nowhere else in Oregon:

As part of the broader community, in 2022 OHSU consistently advanced measures intended to improve public health beyond the walls of our hospitals and clinics.

Researchers advanced new avenues to prevent suicide among veterans, welcomed an innovative community-based program to reduce the cycle of violence affecting communities of color in the Portland area, and students continued a decade-long initiative to organize a Health Care Equity Fair providing checkups to people in need.

Indeed, OHSU clinicians and students reached across the state and around the globe in 2022:

As one physician-scientist aptly put it during the annual Research Week celebration in May, OHSU scientists and clinicians routinely “produce a lot of quality work, but there’s not a lot of fuss about it.” This down-to-earth quality is shared by many Oregonians, although it belies the fact that OHSU scientists’ and clinicians’ drive to improve human health puts them at the top of their field:

Mildred Matthews, 4, of Beaverton, Oregon, came to OHSU Doernbecher Children’s Hospital on June 25, 2022, with her mother, Suzanne Gray, to receive her first dose of the Moderna COVID-19 vaccine. Mildred was smiling and confident until the needle came close to her skin, when she showed signs of worry. But Mildred’s fear quickly evaporated thanks to her mom’s calming presence. (OHSU/Christine Torres Hicks)

OHSU researchers will receive a grant to help advance a first-of-its-kind method to turn an individual’s skin cell into an egg, with the potential to produce viable embryos. (OHSU/Christine Torres Hicks)

The OHSU School of Medicine M.D. Class of 2026 recite the Oath of Geneva after receiving their white coats in this annual rite of passage, Aug. 12, for the incoming medical school class. The ceremony was held at the Oregon Convention Center. (OHSU/Christine Torres Hicks)

Oregon Health & Science University surgeon Blair Peters, M.D., holds a vial holding a small sample of dorsal nerve tissue from a clitoris, which is off white and may look like rice floating in the vial's bottom right corner. Peters led the first known count of human clitoral nerve tissue and found the human clitoris has more than 10,000 nerve fibers. (OHSU/Christine Torres Hicks)

Cristiane Miranda França, D.D.S., M.S., Ph.D., a research assistant professor of restorative dentistry in the OHSU School of Dentistry, and colleagues created two models to simulate large and small blood capillaries. She demonstrates this process by creating a reaction through a slide with engineered blood capillaries. (OHSU/Christine Torres Hicks)

Josephine "JoJo" Schmidt, 2, washes her hands after receiving her COVID-19 vaccine. Frequent hand washing, staying up to date on vaccines, and avoiding people who are sick are all ways to help prevent the spread of RSV. (OHSU/Christine Torres Hicks)